Backlog! Left this as a draft and forgot about it. How time flies~ It’s already winter in Korea!

We were undecided about what to do on our second last day in Seoul. It was a toss between Nami Island and Lotte World, but since we had already been to the latter, we decided on Nami Island. We had some reservations since it’s listed in many tour packages, and the reviews online weren’t that fantastic. But we made the trip our own by doing the most unconventional things possible when one thinks of Nami Island.

Most people get to Nami Island via boat. We voted for zipline!! 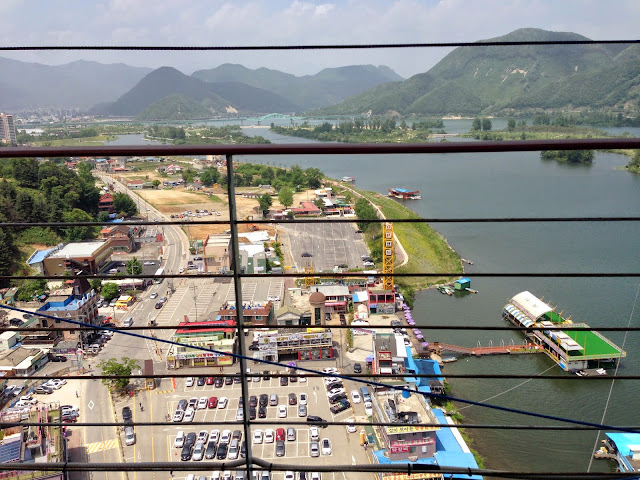 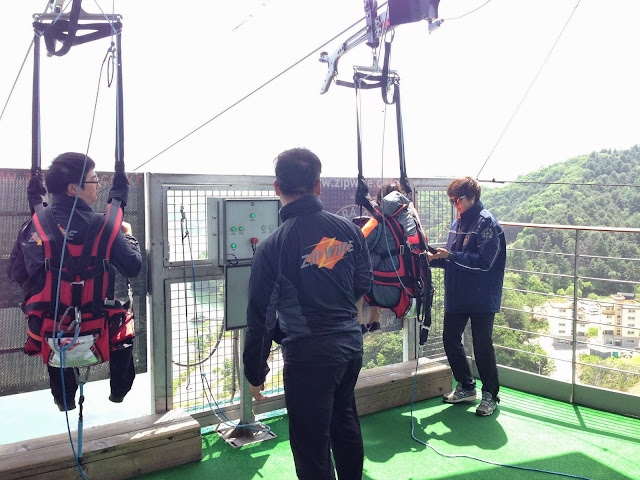 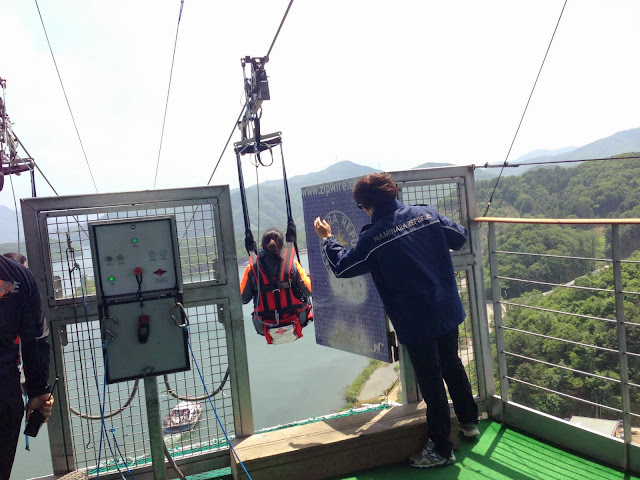 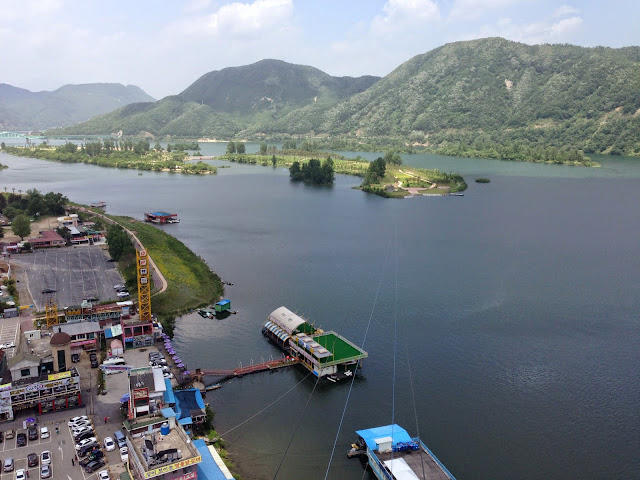 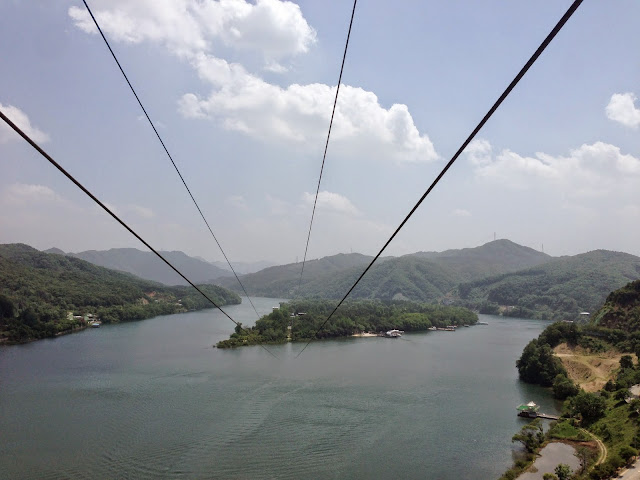 It was quite funny to whizz over the boat. People were waving at us!

Of course we needed sustenance. There is 1 dining option at Nami Island but you can also eat at the restaurants located near the jetty before you leave. 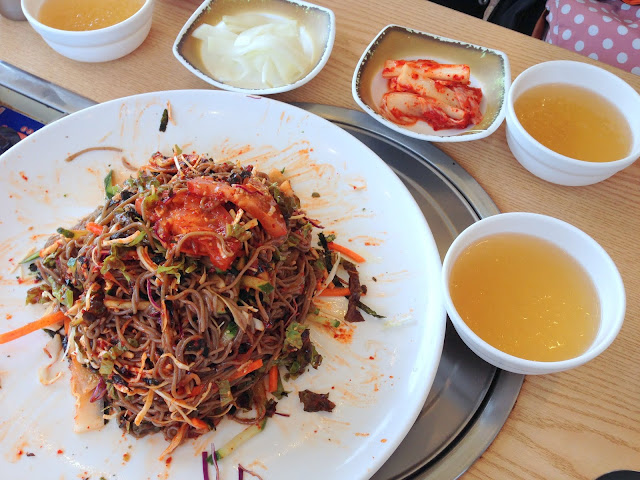 I was obsessed with  Naeng Myun during our trip. It’s cold noodles, a summery dish. The buckwheat noodles were thin, and slightly chewy with a bite. The cold, vinegary marinade, and thinly julienned veggies made this a very refreshing, light dish. The waiter was probably quite disappointed that we skipped the Dak Galbi that every table seemed to have. But this huge plate of Naeng Myun that was tossed table-side was so good. I’ll take carbs and veg over meat any day~ 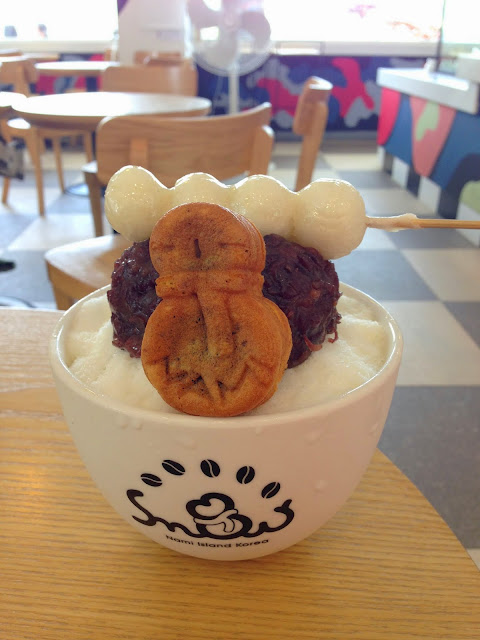 We also had our daily bingsoo fix at the Snowman Cafe located close to the immigration point. Have I declared how much I love eating bingsoo even though it’s made of the simplest ingredients? Conclusion: I like all variants of ice kachang.

Okay, back to Nami Island…

Most people recognise Nami Island as the place they filmed Winter Sonata. But we now know that Nami Island is also a little haven for outdoor activities.

We cycled around the island to skip the crowds; roamed pretty gardens and even found a Merlion :O; speed-boated (this was an exhilarating experience!)

And of course, many photos were taken in between. 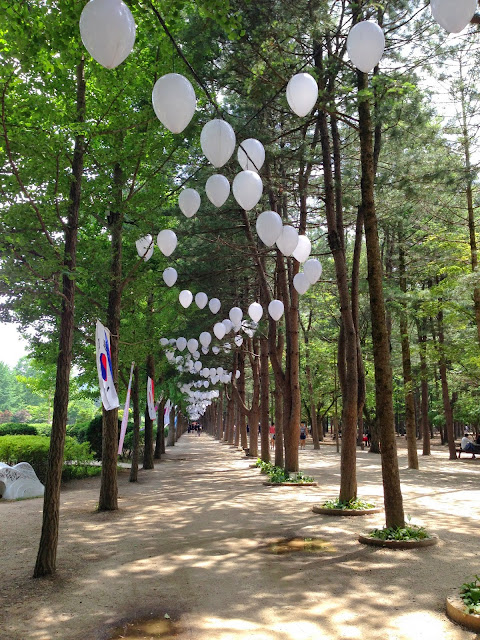 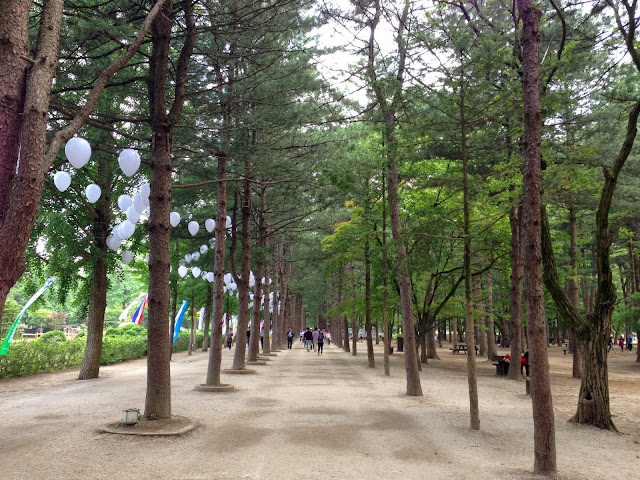 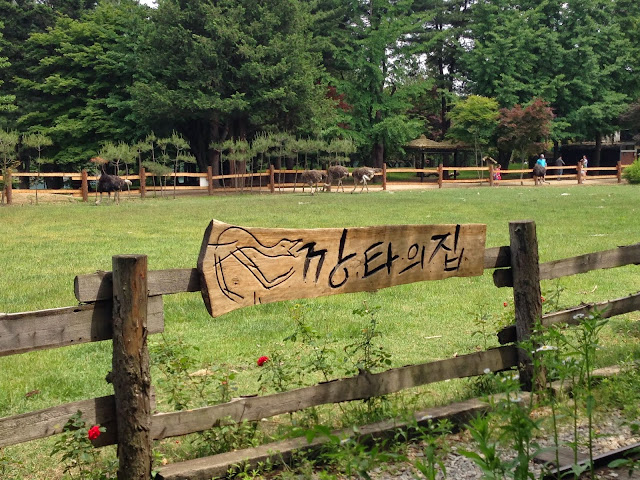 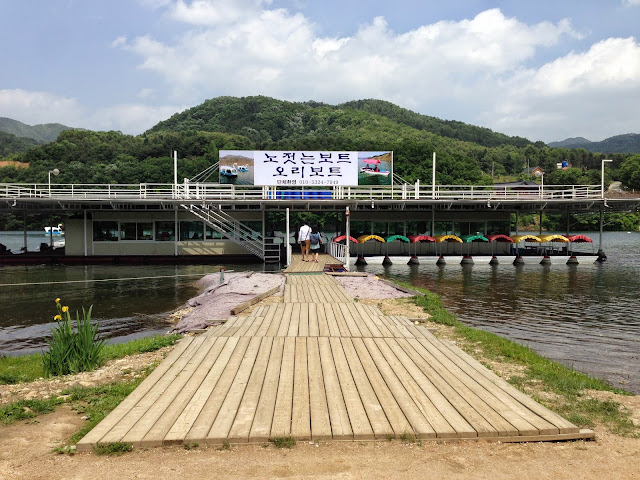 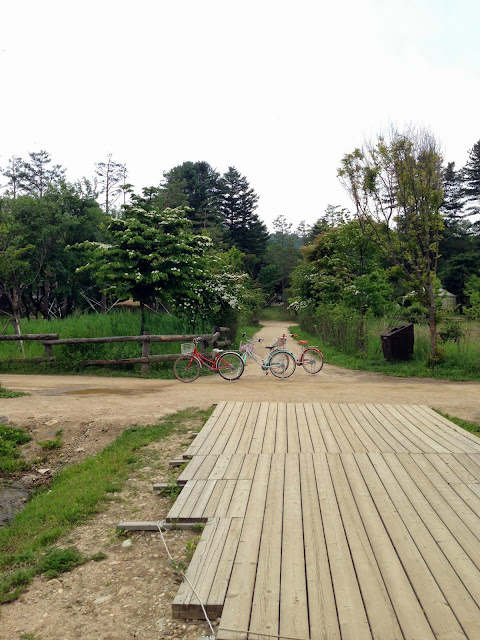 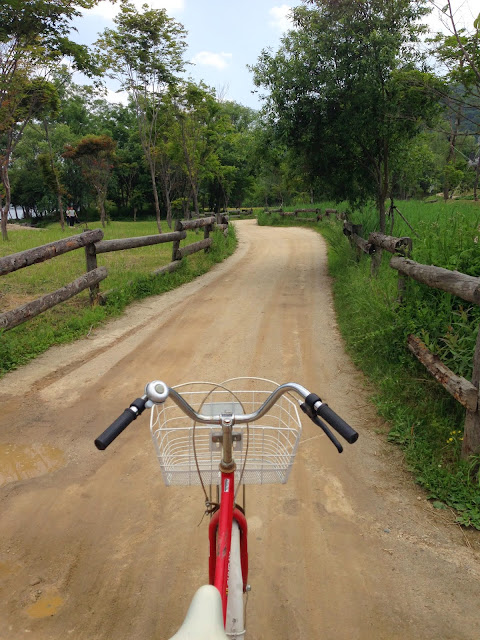 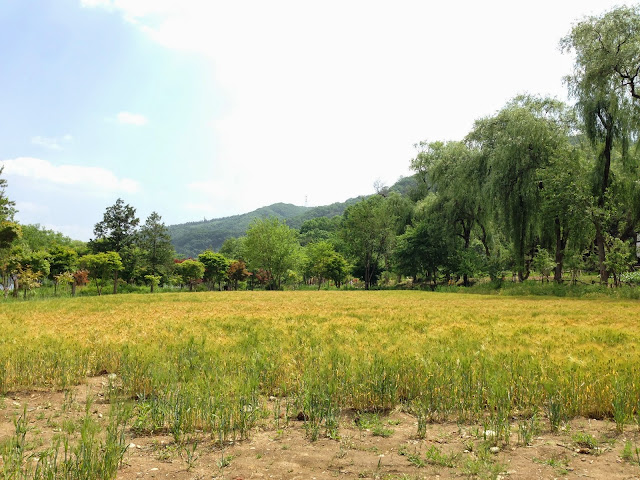 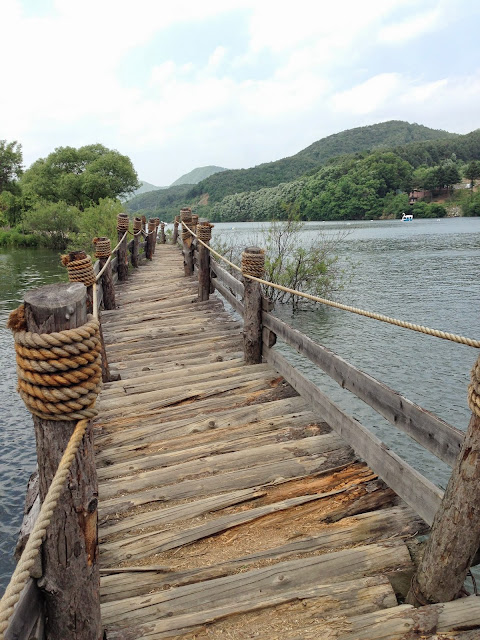 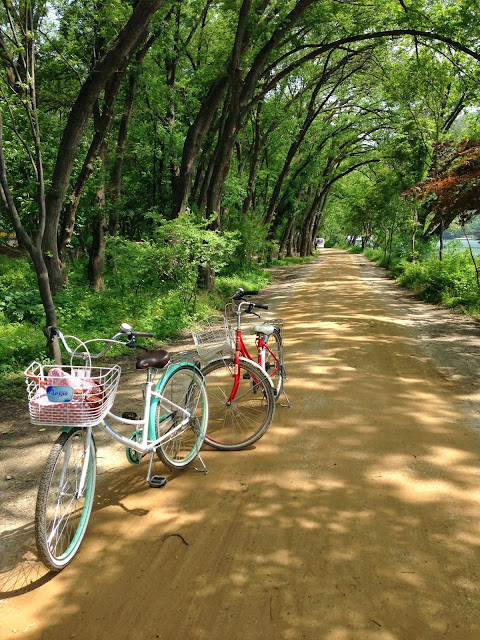 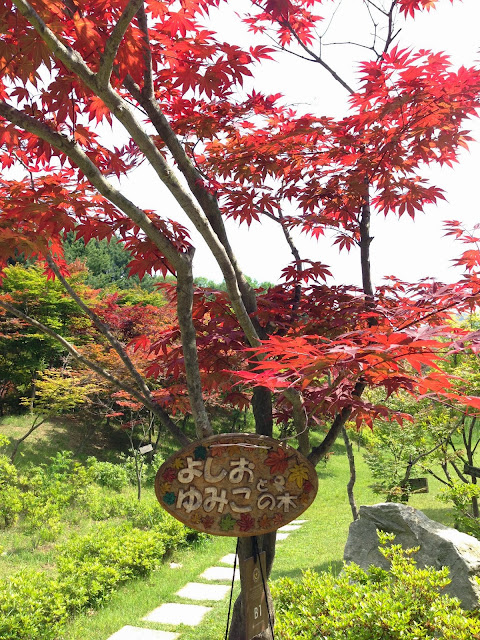 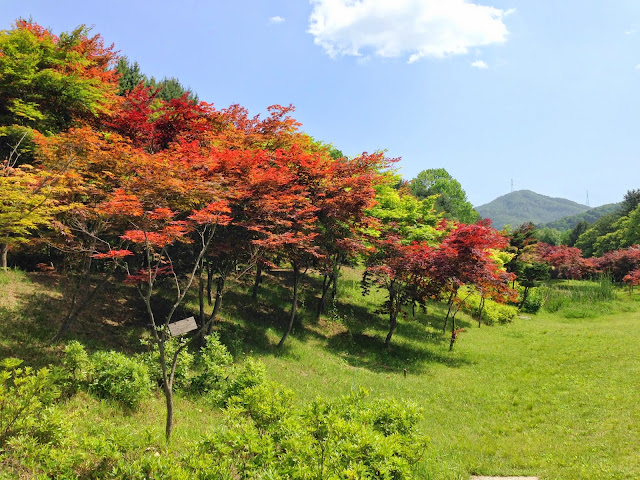 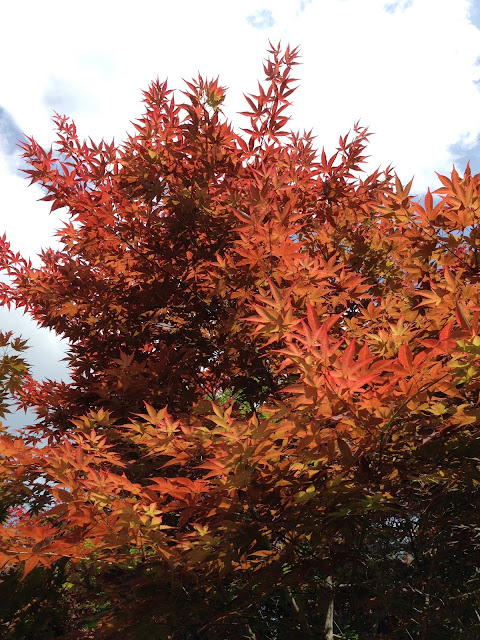 I can only imagine how beautiful the autumn foliage must be 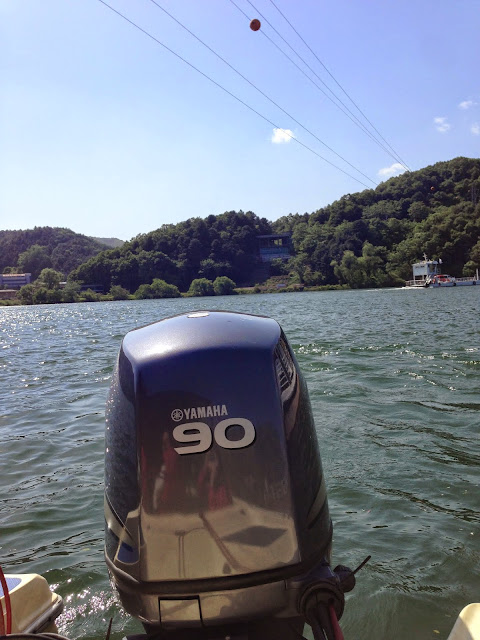 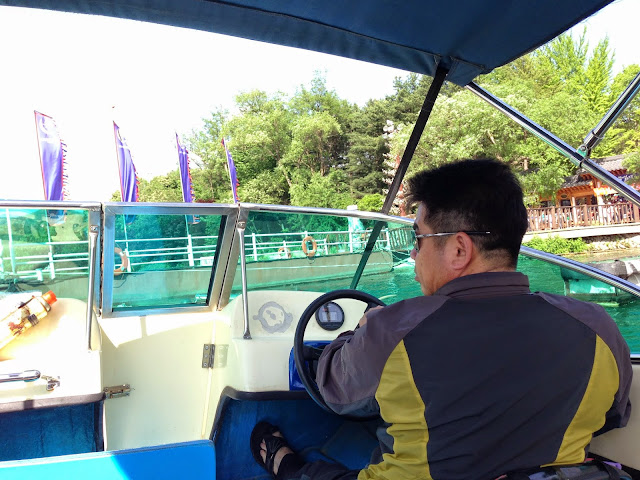 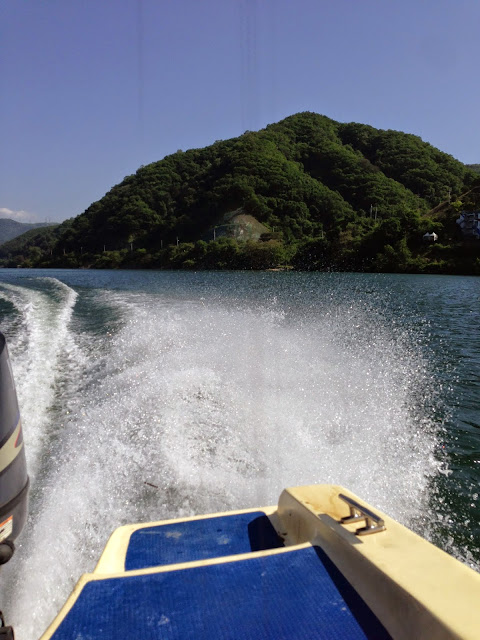 Speedboating = getting thrown around in the boat

We also raided the convenience store for some yummy bites before we returned back to Chuncheon. 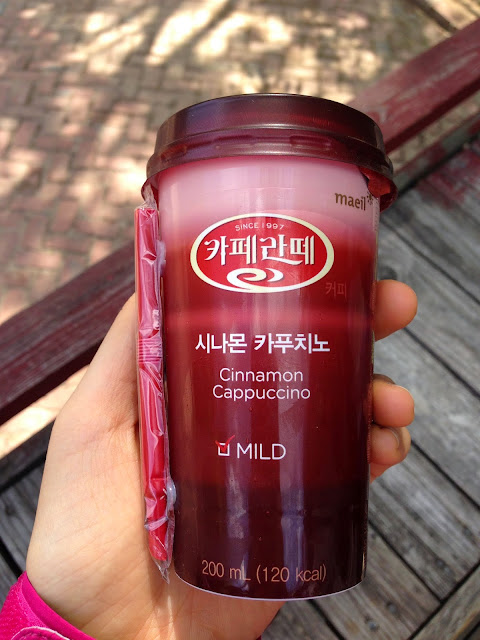 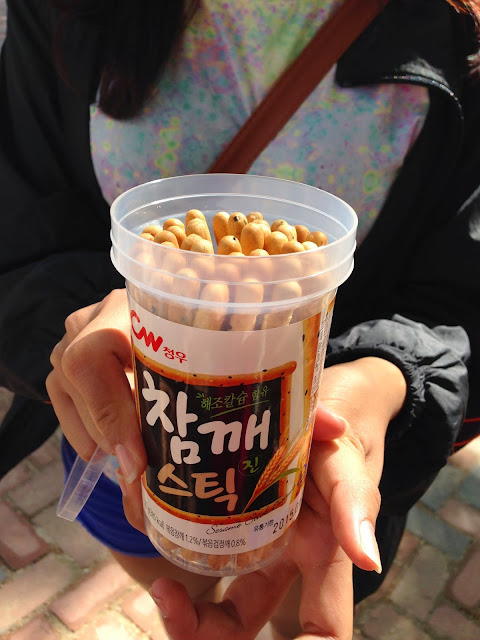 Unfortunately there is no zipline return option. But just as well, the boat ride afforded some pretty views 🙂 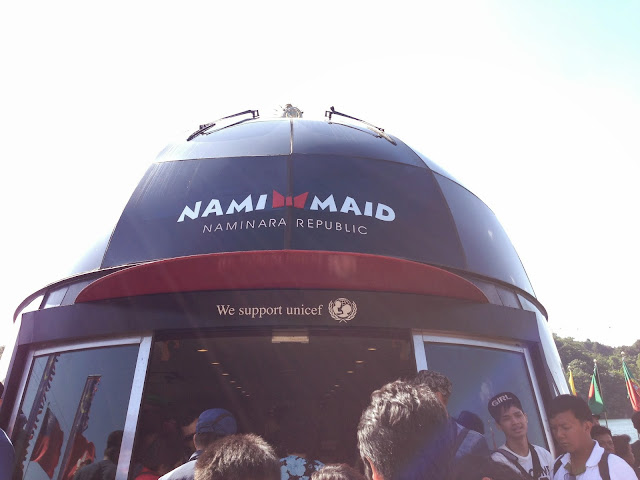 We got to Nami via the train Seoul. It’s fairly easy to get to Chuncheon, and once you are there, cab to the jetty. It’s just a short ride away. We met an elderly volunteer who directed us to the correct train lines. He was doing it to practice his English! Very cute.