Zumbo’s rise to fame (or at least, international fame) was arguably because of Masterchef Australia. They featured his V8 cake, croquembouche and his macaron croquembouche amongst other things. Crazy stuff.

My first encounter with Zumbarons (i.e. Zumbo’s macarons) left a lasting impression. Visually, they are tainted with bright, eye-aching colors- no holds barred. Taste-wise, very similar to Pierre Hermé I must say. The crispy-thin shell, super moist, cake-like, slightly chewy shells are how I like my macarons to be. The fillings have bold flavours, and yes the range is quite mind-boggling.

I walked all to the way to The Star, a new gambling area just like the one you can find on our shores. It was painfully quiet there aside from the occasional group of tourists walking around looking lost. Fans of Gelato will also be happy to also see Gelato Massina which was featured in Masterchef Australia Season 5 Love Week. 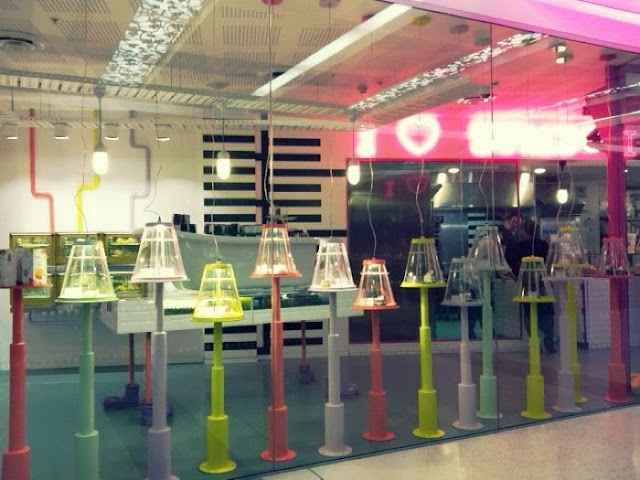 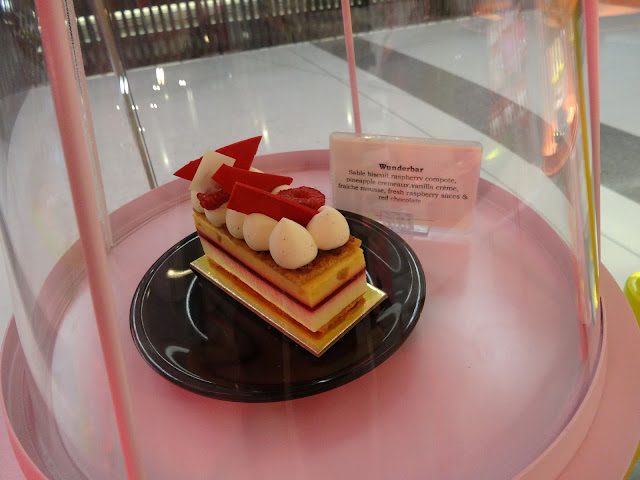 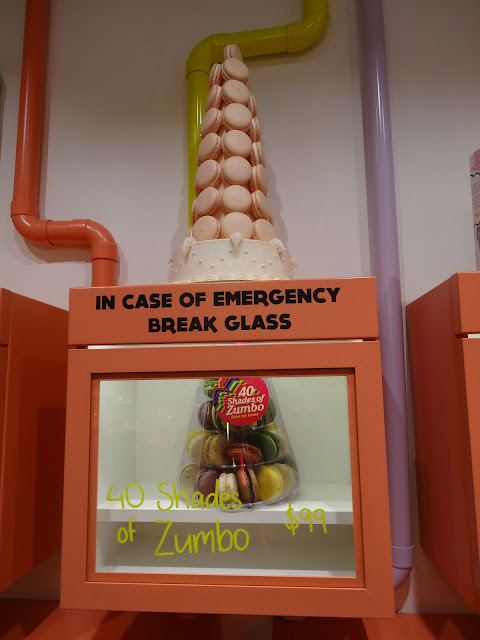 Adriano Zumbo@ the Star has a fun, original, quirky display concept which is I suppose reflective of the crazy, genius mind behind it. 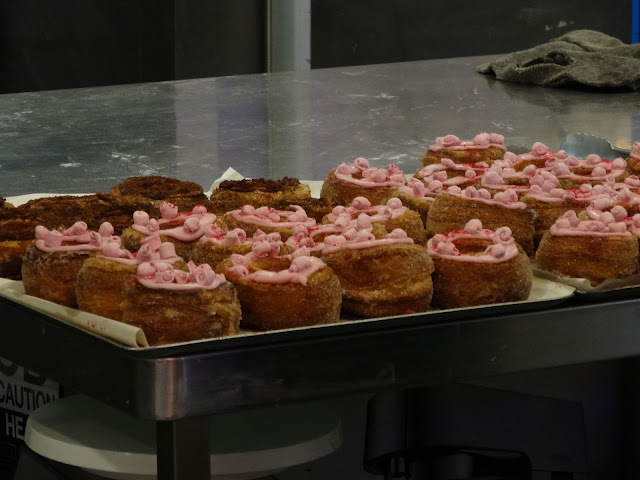 As for pastries I guess Zumbo is always clued in on the latest trends around the world. Chocorons were on display (originally developed by Sadaharu Aoki) as well as Zonuts (i.e. cronuts developed by Dominique Ansel) which made me raise my eyebrows just a little aha. But everything else was interesting, and innovative. 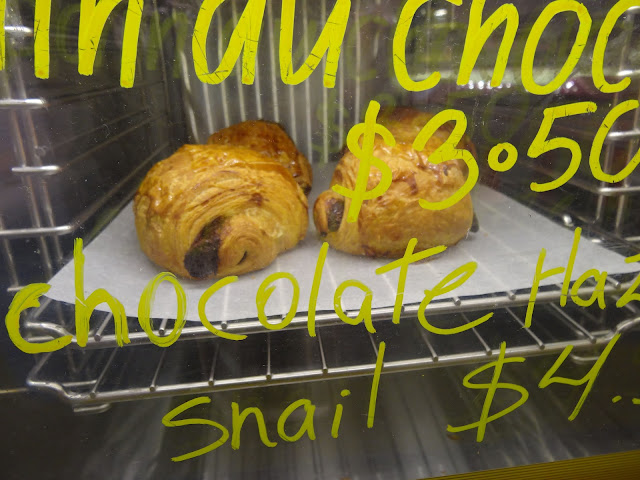 Love the funny names given to all the frenchie stuff. Chocolate Croissant? Just call it a Chocolate Snail.

During the weekend the dessert train and seating area in the shop is open. The dessert train works like the sushi train at sakae sushi/ sushi tei. I went on a weekday so I didn’t get to sit there. 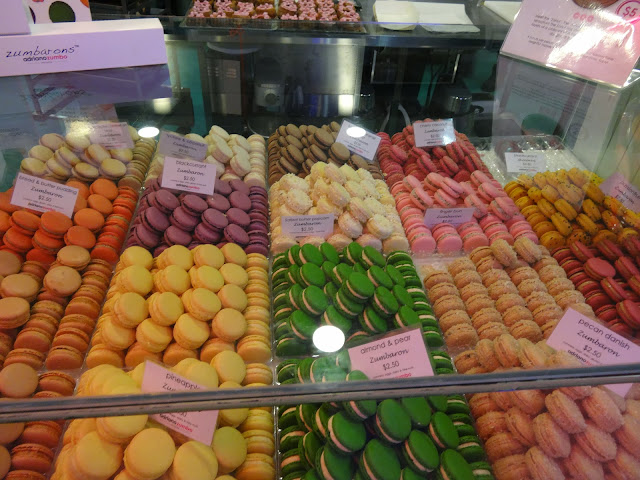 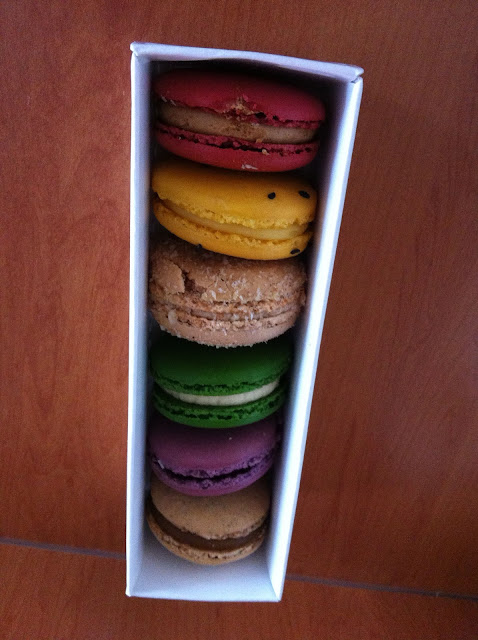 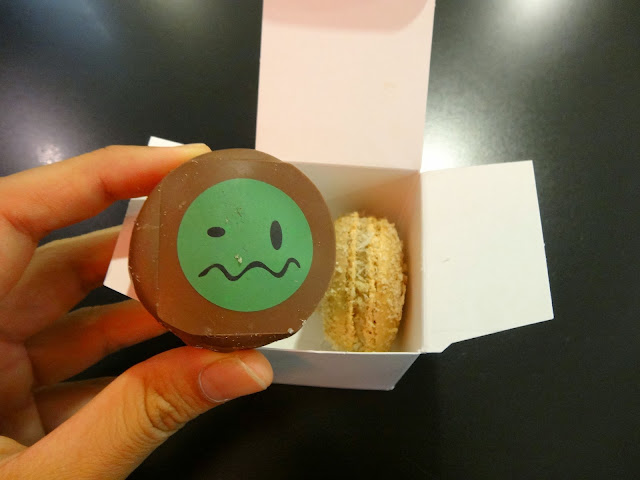 Favourite flavours were pecan danish, passionfruit, and black currant. The black currant especially, was quite memorable for its strong, bright flavour.

Darling Harbour is absolutely beautiful in the evening as the sun sets. Everyone else seemed to be scurrying home but not me! It was nice to be back in the city after spending a lot of time in the wild (: 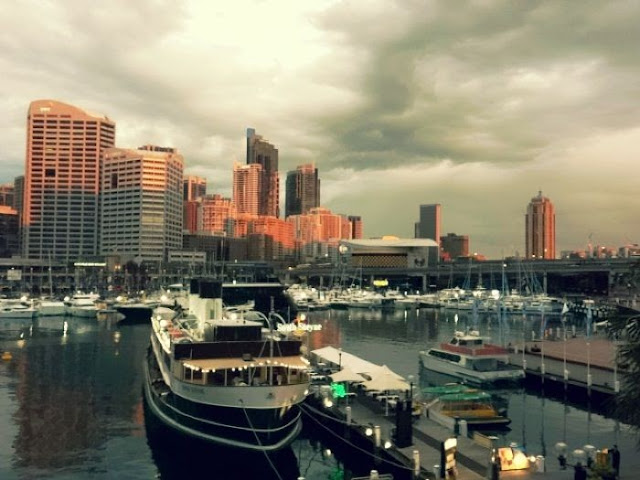 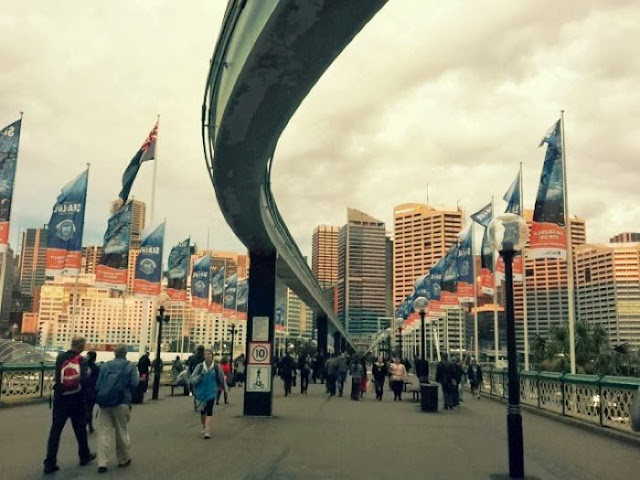