Miam-miam is actually a kid’s word for yum-yum that’s more extensively used in France. Paris Breakfasts blogged about this before in the past and added lots of miam-worthy dessert photos in her post for good measure.

Anyway, you can find Miam-Miam at Bugis Junction, or there’s a posh outlet at Westgate (quoting the friend, there is no reason to go Orchard anymore!) . Their concept is Japanese-European fusion food. Something along the likes of Hoshino Coffee, and Nana’s Green Tea Cafe.

I was very tickled  by their menu. The person who wrote it sounds very excited about the food. Not a bad thing really! 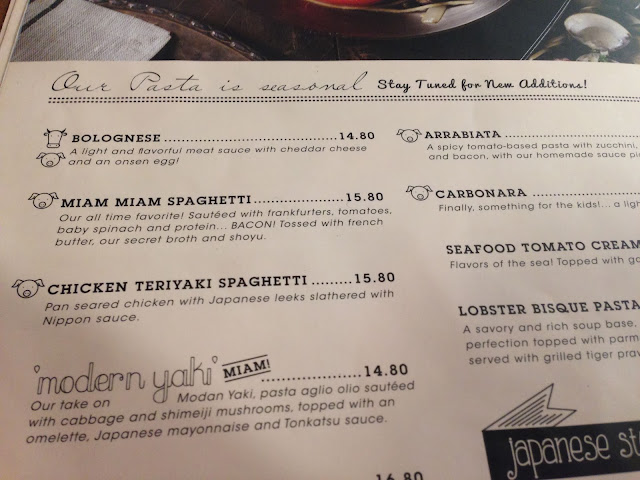 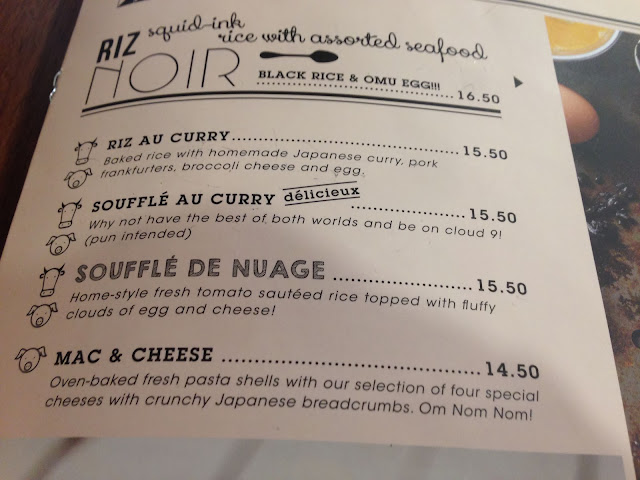 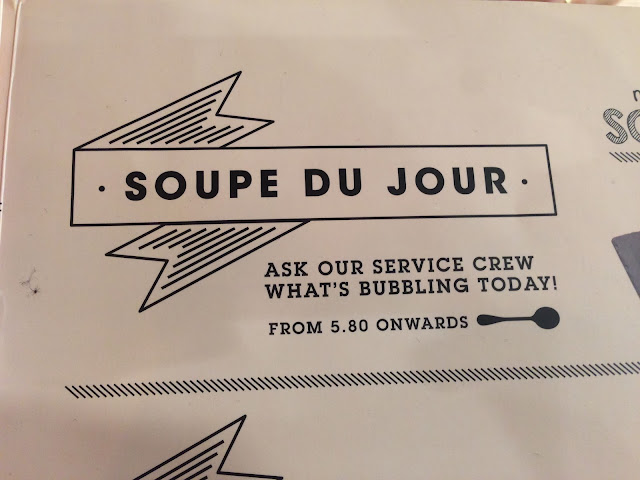 I know. The menu is a teeny weeny bit pretentious. Riz Noir? Seriously guys. Black rice. Soupe du jour? Soup of the day. I’m not being grumpy or anything but…. just saying. 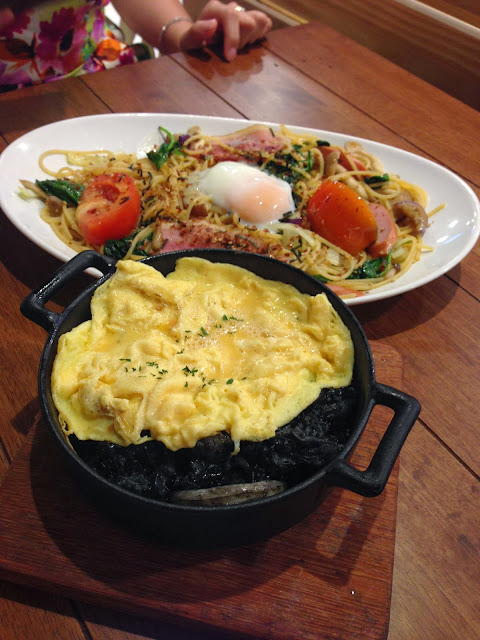 We did get the squid ink rice with omu egg and it was pretty well done. The rice was al dente and the egg was soft and fluffy. I felt that it could have done with more flavour but honestly it was pretty good as it was. 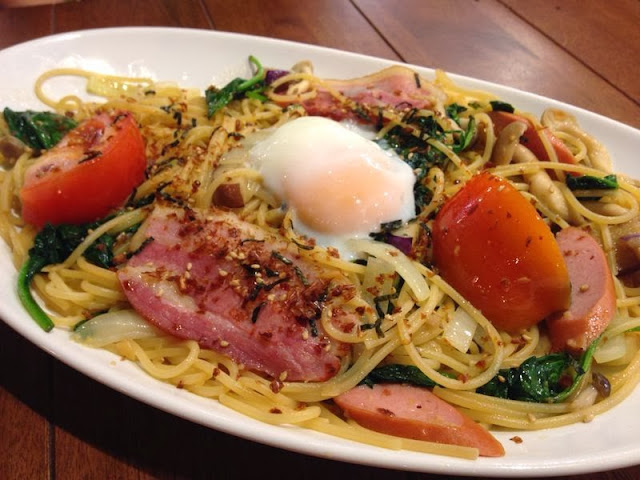 The miam-miam Spaghetti was also good. Slightly oily but that’s how aglio olio is anyway. The portion was generous. 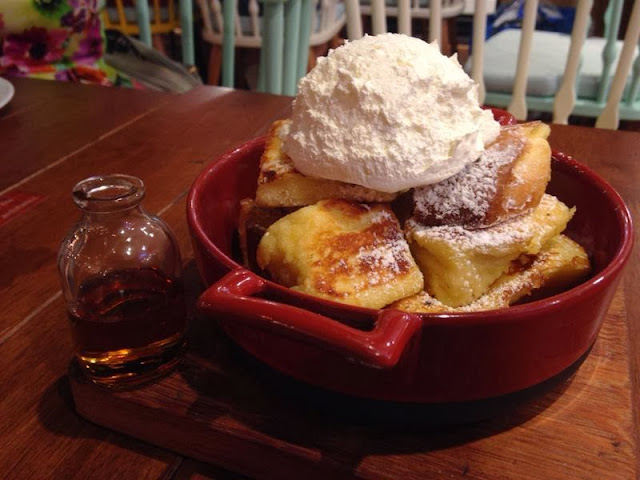 Haven’t tried the French Toast at Hoshino Coffee so you can tell me which is better. Soft, fluffy, eggy slices of bread that were easy to eat. Wiped this out very quickly.

I won’t rave about the food here but it’s a good option if you are within the vicinity. Something that’s worth checking out but there’s no need for a special trip down. Foodie K says the quality at Westgate is slightly better. I definitely prefer the ambience there since this one at Bugis is “open-aired” (not alfresco, but shoppers can see you eat) so it gets kind of noisy and disruptive. The Westgate outlet is much more romantic and it has a high ceiling. One more reason to head to the West!

Btw, thanks foodies for the photos!