I first saw the recipe for matcha brioche on Foodbeam, now known as the Strawberry Milk. The author, Fanny, also has her own cookbook (Le Paris Pastry Club) now which I am so tempted to buy (maybe when I get my first paycheck? Haha). I love her retro-vintage photography style mixed with her own sketches and cursive typography.

The second time I saw this recipe was on Vintage Trinkets. I get inspired by all of Chelle’s pretty photos every single time.

Then last year, the friends and I attempted the recipe with very mixed results. It tasted good (that’s for sure) but our buns looked hideous. I don’t even want to link the old post here :O

Fast forward to last week, we attempted the recipe again and this time it was much better! Our tour double was still unsuccessful, hence the marbling of the brioche left much to be desired. But at least it looked more presentable this time? And the green tea bit was thick, dark, and grassy, because we used the very best uji matcha from Tsujiri, Kyoto 😀

We also overbaked the mini brioches, which tasted a bit dry at first but I realise we made the mistake of slicing it within the first 30 minutes after it was pulled out of the oven. The steam escaped resulting in drier bread. So remember, WAIT! The larger loaf we had was closer to perfect- soft, fluffy and fragrant.

Additional tips I would give to build on what Fanny provided: Like what Chelle says, the green tea slush is easier to handle if you freeze it. Also, be sure to cook it until it becomes a thick slurry because it’s not supposed to be too watery before you dump it into the freezer.

I also like to glaze all my breads with egg wash before throwing them into the oven. Since there was a leftover yolk for this recipe, I used that and mixed a tablespoon of milk in. The milk sugars help to caramelise the top for a lovely, brown sheen. Brush generously~

If you are planning to keep the brioches for the next day, seal it in a ziplock bag. Before consumption, buzz it in the microwave for 15sec or toast it in the oven (I read that it’s good to sprinkle some water on your bread if you are toasting it to keep it moist, but I haven’t tried this method). I find that when I microwave, the bit touching the plate gets wet so as soon as I pull it out, I quickly dump it on a paper towel to absorb any moisture. 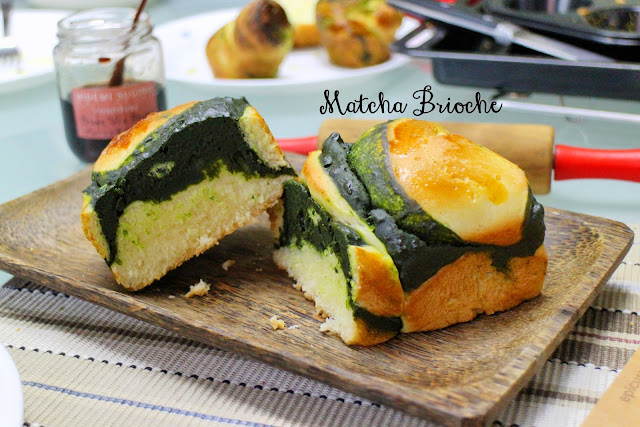 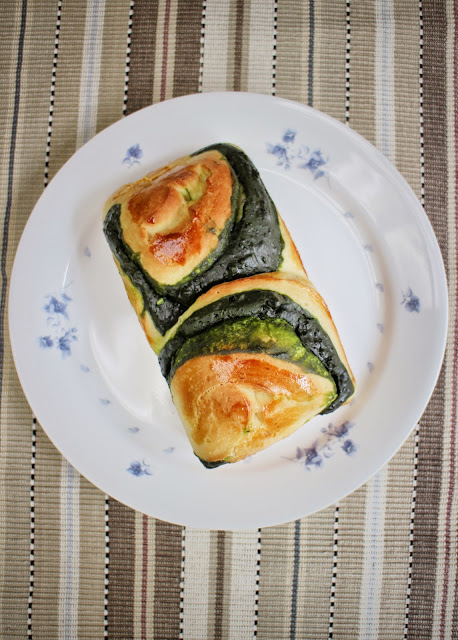 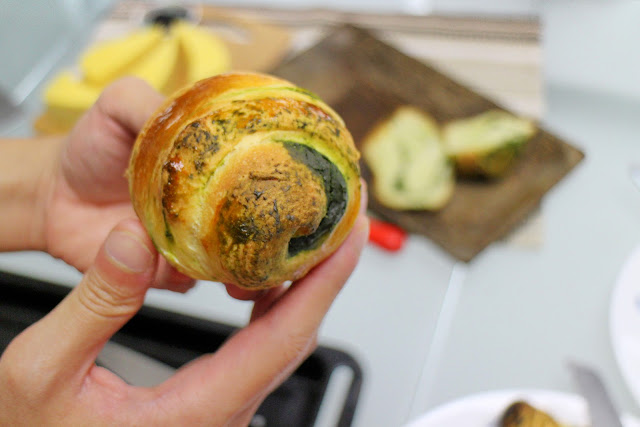 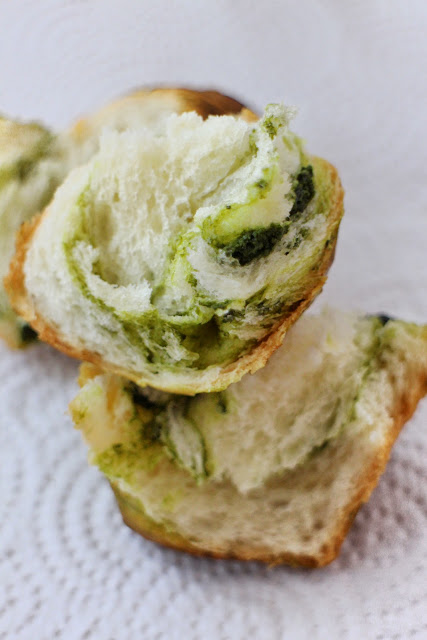 Next time, instead of a brioche (note, this recipe yields a light brioche, it uses much less butter as compared to a traditional brioche recipe) I would go with a normal white bread using a tang zhong starter (also known as the water roux method). I’ve attempted it with relative success and I think it will go well with the green tea dough (or maybe I’ll modify it for a cinnamon dough since it’s my bestie’s favourite ^^).