My palate has been craving for local desserts for some time now. I still love my macarons, cakes and what not. But tell me that there is some good kueh to be sussed out at the other end of the island? I’ll be thinking about it night and day till I get my hands on them!!

It all began with this very innocuous looking ondeh ondeh from 亚明 (Ah Meng) at Hong Lim Food Centre (#02-45). The box was hot to touch but greedy me decided to eat one while we were queuing for our noodles… 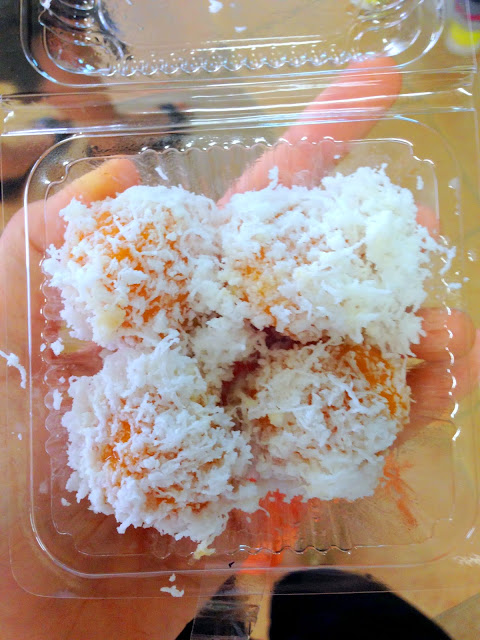 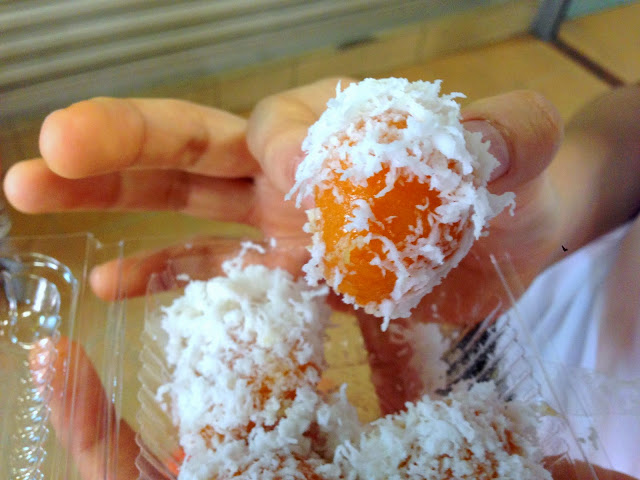 These were just out of the boiling vat of water at the stall, rolled in juicy dessicated coconut, and thrown quickly into a box. Let me assure you that the whole process of making-cooking-buying-going into my stomach didn’t take very long. It shouldn’t anyway because Ah Meng’s ondeh are IMO, best savoured hot. The bright orange hued skin was squishy-soft and tender, full of savoury- sweet sweet potato flavour (most places use pandan now but I LOVE a good sweet potato ondeh ondeh), and right at the centre was a gritty gula melaka core.

Unfortunately, they chose not to melt the gula melaka all the way through. Sorry folks, there was no explosive action here. 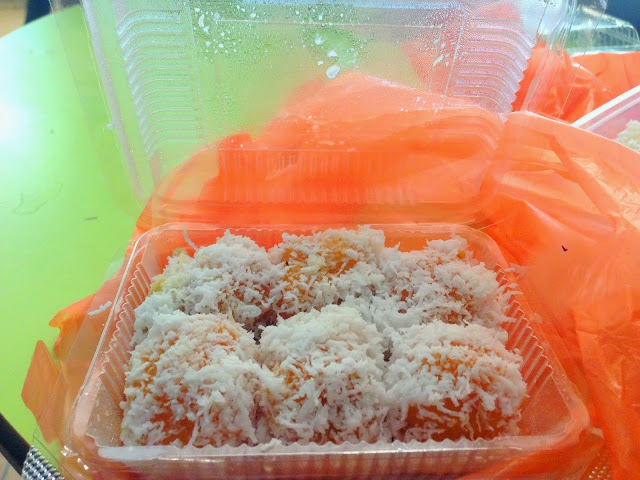 At least for me, it was good enough to warrant a second (bigger) box – because dad needed to have his share too hehe. I think the old uncle was a bit taken aback by my sudden, awkward, broken- chinese rave. 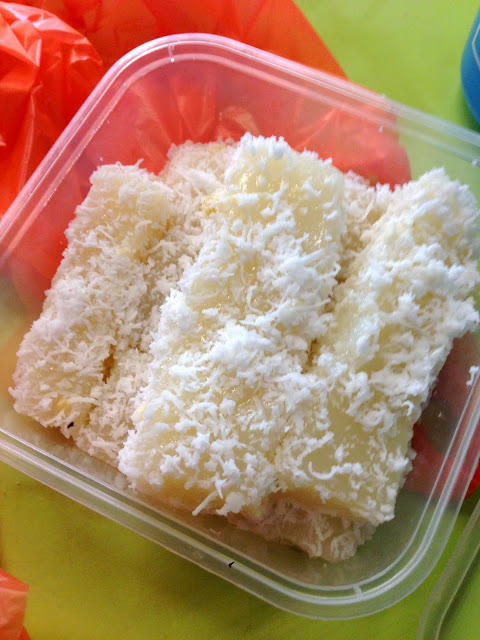 The steamed tapioca kueh was outstanding too- soft, tender (I’m so tired of using this word but it’s the best word I can think of that differentiates GREAT kueh from substandard ones), with the light sweetness of tapioca coming through. This is comparable to the one from Xing Xing (below).

A few days later, I was going Otto Locanda for Restaurant week (and that’s for another post). The foodie friend (who is more crazy about food than me) agreed to meet me at Maxwell for kueh before lunch. Xing Xing ( Maxwell FC, Stall 31) is notorious for being either closed, or sold out most of the time. But the shelves were fully stocked when we were there at 10am on a weekday~ 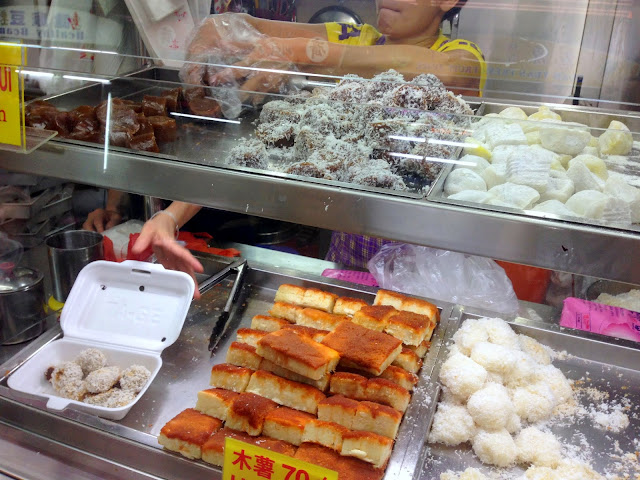 I’ve eaten their kueh kosui, steamed tapioca kueh, and lor mai qi before, but never had their ondeh ondeh. I was so crestfallen when the auntie in front of me snagged the last box. But as luck would have it, there was one last box stashed at the back (: 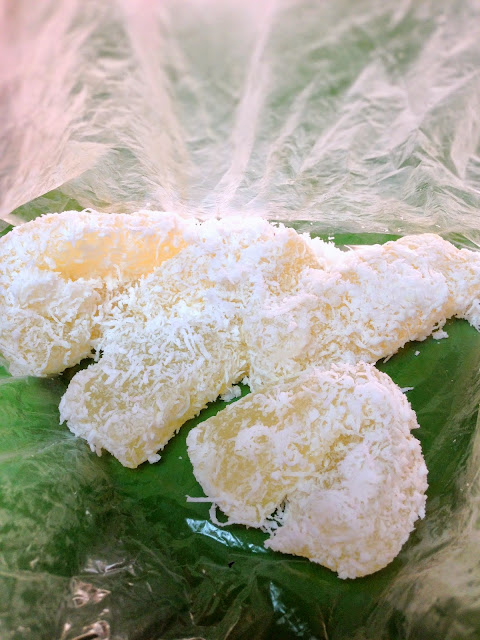 Their steamed tapioca is wildly popular because of it’s pillowy soft texture. As I’ve said before, I prefer Nonya Delicatessen’s (Bukit Timah Plaza) version which is much tastier, and richer possibly because they are more heavy-handed with the coconut milk. For some, Xing Xing’s version might be less gelat because of its light, clear sweetness. 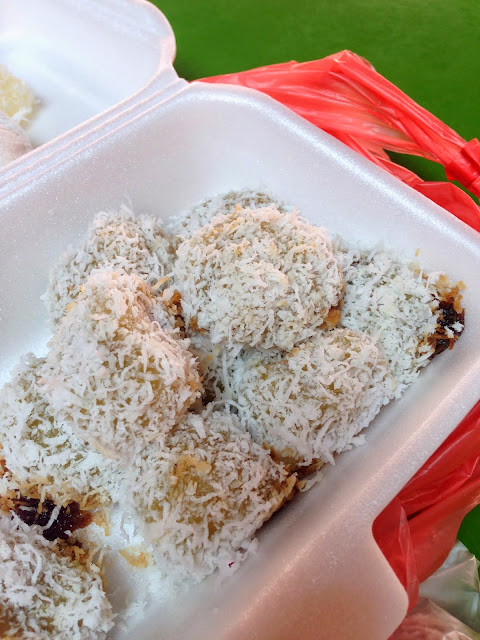 We came here for their ondeh ondeh and we were not disappointed. There was definitely explosive action going on here but for some of them, the gula did not melt all the way through.

I appreciated the softness of the skin, but I think Ah Meng’s sweet potato skin was tastier.

So the search for the perfect ondeh continues~ 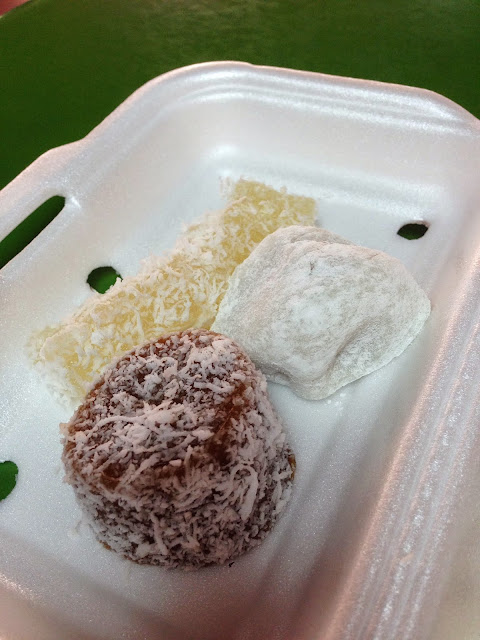 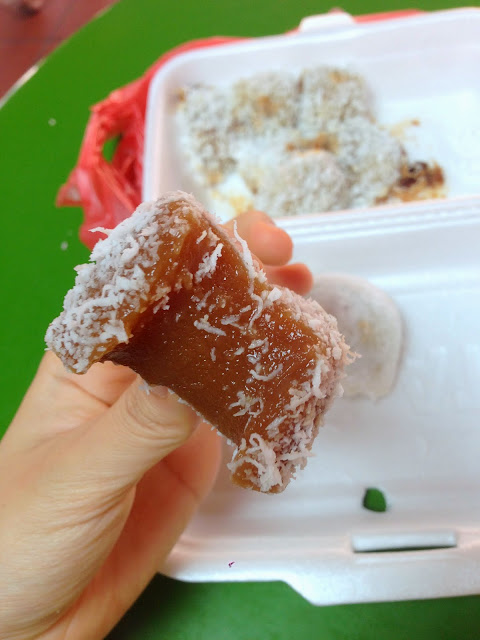 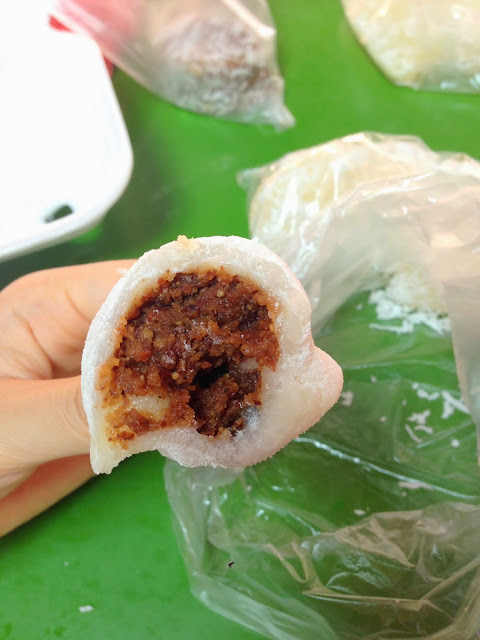 My top two favourite things from this stall is their kueh kosui, and peanut lor mai qi.

As always, their kueh kosui was fantastic both in terms of texture and flavour. Most kueh kosuis are horribly jelly-like but theirs was the total opposite. Flavour-wise, I loved how the caramelly gula melaka was mellowed by the coconut milk.

The Peanut Lor Mai Qi boasted a very savoury, sweetened roasted peanut and sesame filling, but what stood out was the mochi-like skin. It’s so soft that you’ll never want to eat those terrible, bouncy machine made mochis ever again. At this price point, it’ll give Japanese mochi a run for their money.

So this ends the first instalment of my current kueh craze. Where shall I go next?