I can’t believe it took me so long to buy the idea of “mod-sin cuisine”. Good interpretations actually embrace common, Singapore flavours, and (to quote masterchef australia) elevate it into something that is restaurant-quality.

One well known chef in this area is Willin Low. I visited his casual restaurant Relish by Wild Rocket, and I enjoyed everything despite being really stuffed from tea. 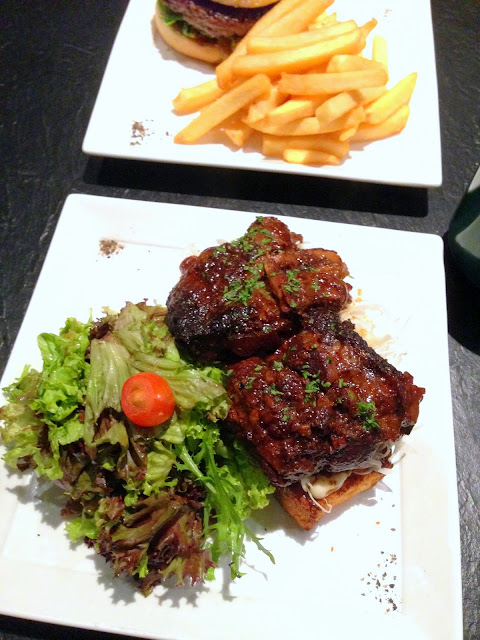 Their Soft-Boned Char-Siew Pork Open Foccacia Burger was super delicious. The char siew spice rub was aggressive in flavour, and not too sweet. Instead of the usual pork belly, I think they use soft bone pork ribs- the kind that our family uses for soup at home. I’m not sure if it’s pressure-cooked, sous-vide, or just braised for a long time (I’m inclined to believe it was pressure-cooked) but the soft bone was wonderfully soft in every sense of the word, and the meat was still moist, not stringy or dry at all. However, I thought a soft burger bun would have worked better here, since their focaccia missed the light, fluffiness and crisp top of a freshly baked focaccia.

You can opt for fries or salad as a side. The fries were really good! The one I had was crisp with light fluffy insides. But I recently got a bad fever after eating fried chicken with waffles so no more deep fried food for me 😡 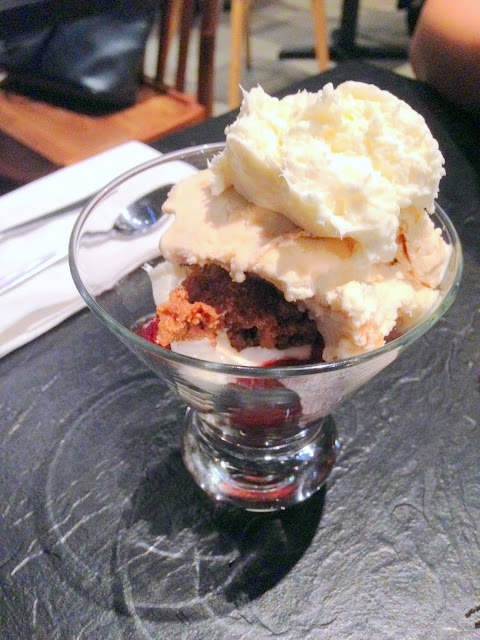 The friend insisted that I tried their signature Strawberry Cheesecake because it was apparently, something that she and her buddies ate together everyday for one whole week. Seriously guys, there is a decent selection of desserts and you all had strawberry cheesecake for an entire week??? Mad, hahaha.

It came not looking like much- deconstructed (never a good sign. My desserts turn out deconstructed when I failed somewhere in the aesthetics department.) with components roughly piled on top of one another.

But looks can be deceiving because this was one well-conceptualised dessert. We had a strawberry compote and cream right at the bottom complete with softened chunks of strawberries, a cheesecake base that tasted like it was made from the almond cookies we eat during chinese new year, a sticky, creamy cheesecake topping, and…. I can’t remember what was on top. The friend excitedly assembled a bite with every single layer and it was really delicious. The savouriness of the cream cheese and the crumble helped to balance out the sweetness. After I wiped out every crumb, I think I sort of understood her obsession hahaha.

They have other cool mod-sin stuff like soft-shell crab burgers, and green curry seafood shepard’s pie. A revisit is a must!