The whole Fu Lou Shou, Albert Centre, OG area holds bad memories for me. As a kid, Chinese was always my weakest link. The parents tried their very best (at one point in time, I went for three tuitions hahaha) but this language never resonated with me. I felt small, terribly incompetent, and hopeless whenever I attended Chinese class.

So 江 (in fu lou shou) was one of the places I had chinese tuition at. Till this day, any mention of this tuition class makes me SHUDDER. I’m not sure what I disliked about that place. The intense, daily sessions during the school holidays? The tutors? The subject? I don’t know. But thank goodness it’s all over.

Anyway back to the point. Opposite fu lou shou is Albert Centre. There are tons of food choices there to satisfy any hawker lunch craving. 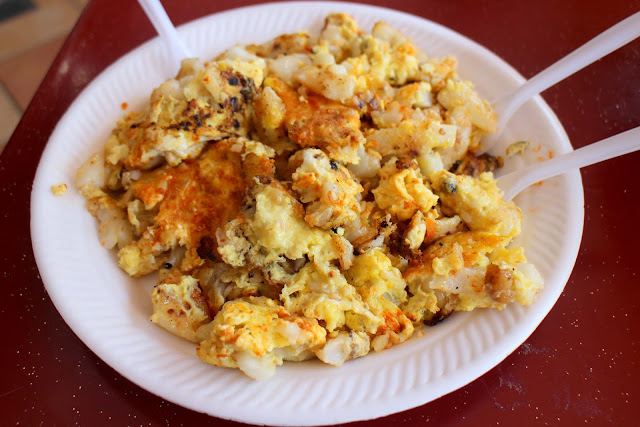 I was pretty excited about my plate of white carrot cake from Guan Kee Carrot cake 源记正宗菜头粿(#01-59) because it looked so promising. But the first mouthful was underwhelming to say the least. It’s puzzling because the dish was salty, but it lacked seasoning at the same time. I believe somehow or other, soy sauce and fish sauce were forgotten resulting in a dish that lacked body. Any saltiness probably came from the cai por (菜脯). This was so disappointing 😦 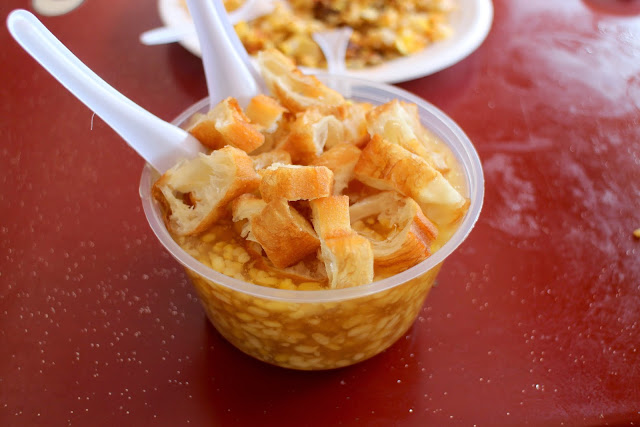 Fortunately, the tau suan (豆爽, or split green bean soup) from 正兴美食 (#01-64) lived up to its long queues. I don’t know how the lady managed to stir her huge cauldron of tau suan but kudos to her! That must have involved some serious arm muscle. The soup wasn’t too sticky and gelatinous, and the clear sweetness of the rock sugar was just right. Besides tau suan they also have bubur pulut hitam (black glutinous rice soup), bubur terigu (white wheat sweet porridge), and green bean soup.