The friends and I planned to go Sunday Market for brunch (not that this ever happens to me. I usually can’t sleep in because I get insanely hungry in the morning) but as it turned out, the place is only open at 1pm for lunch on friday haha. Fortunately, we were not too early.

I’m happy to report that Sunday Market was actually pretty good. For one, they offer more than the usual breakfast fry-up or poached egg. The friend who was initially skeptical about their East-West fusion- or rather, thai-Western fusion- even agreed that the food was good! 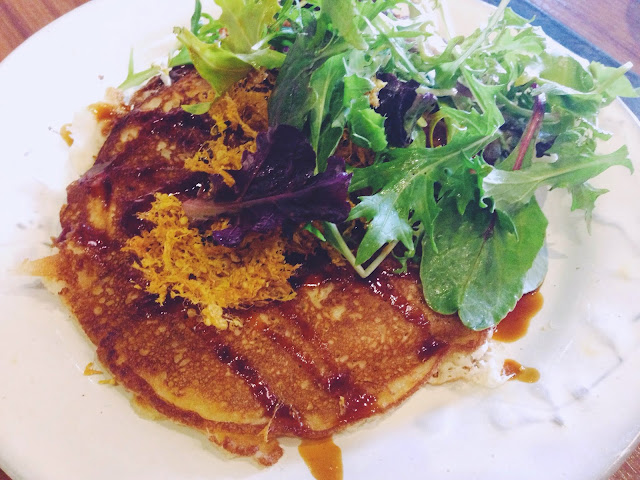 My favourite savoury was their Roasted Duck with Garlic Hoisin Crispy Eggs. The pancakes themselves were the thin and fluffy sort, studded with shredded duck meat, and a salty-sweet hoisin sauce was drizzled over. What I really liked were those crispy eggs. They went so well with the pancakes! 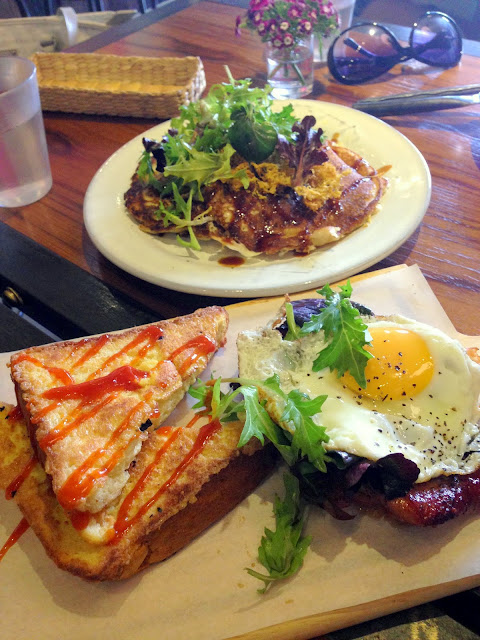 The French Toasts with BBQ Chicken were also delicious, but as a whole, less well thought through as compared to former. I didn’t think that the french toasts needed the chicken, and vice versa. But overall everything worked. The chicken in particular, was moist and well marinated. 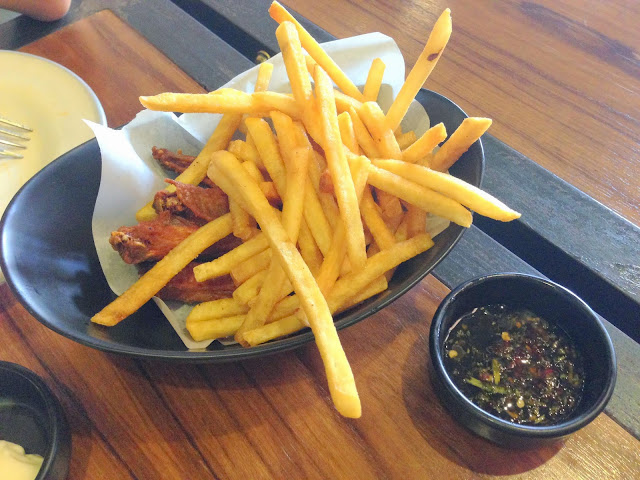 Their Skinny Wings and Fries were the least outstanding. Everything tasted too dry, not fresh at all 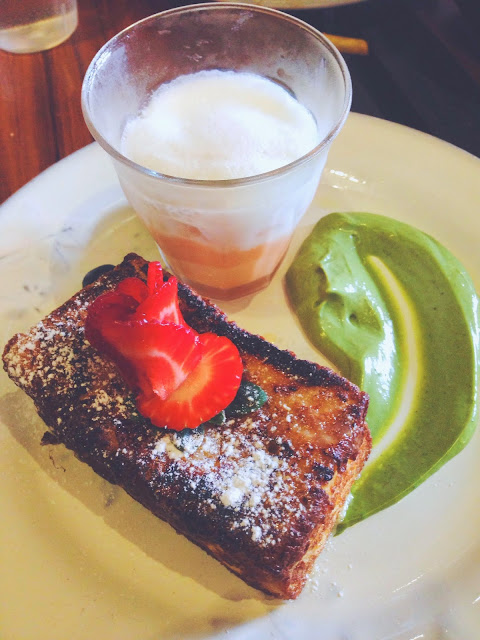 For dessert we had their Bangkok Toast. This is one thing you must get. Forget the savouries if you must. The toast was a little dry at the edges but it was perfect for soaking up the delicious thai milk tea ice cream. In the middle of the thick toast is a centre filled with custard. For this bit, eat it together with the thick green tea cream.

Service was slow, and excruciating for the hungry friends at some point. To be fair, we should have placed our orders all at one go before the crowds arrived. It’s understandable that three people won’t be able to handle so much!

That said, none of us left unhappy. The crew was all smiles, and the food was great. Prices were also not over-the-top with mains under $15. You know what, I think I’ll be back there next week 😉