My greatest regret about exchange is chickening out of visiting Paris for the third time on my own.

It’s okay. I’ll pick up french. I’ll plan my ‘pastry routes’ properly. I’ll stay in a small apartment in Paris and eke out a living to survive there for a few months… somehow? haha. 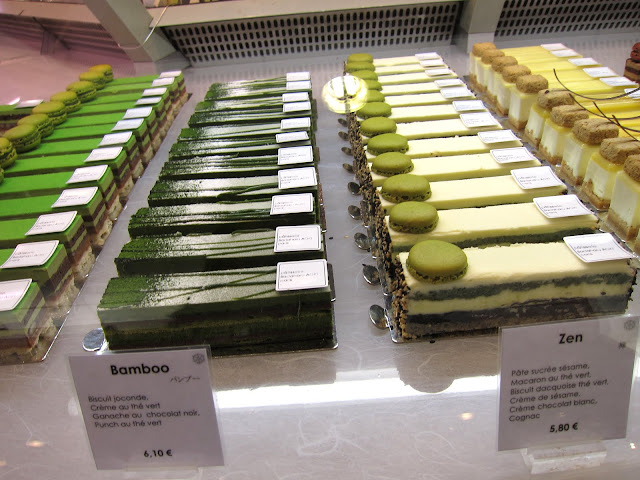 Next time, I’ll remember to leave space for Bamboo/ Zen, even though Cafe Pouchkine is just next door in the Printemps. 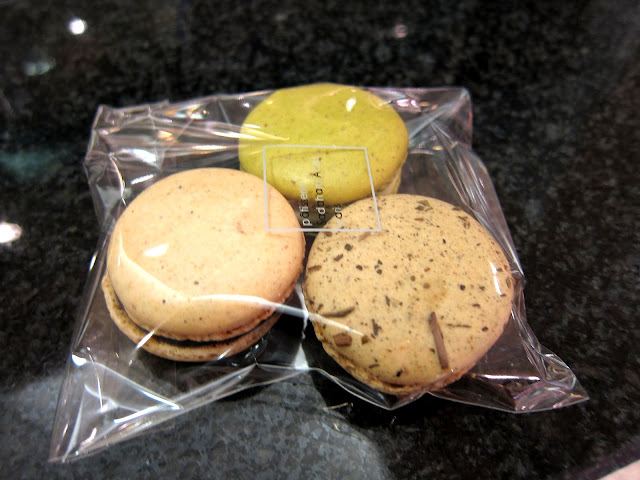 But I couldn’t pass on hoji-cha or wasabi macarons. I think the third one was earl grey?

Hoji-cha was the most memorable in terms of flavour. Ganache was infused with the lovely roasted flavour.

Got these from Lafayette (in the food hall) but next time I’ll pay his boutique a visit! I was told by a fellow Francophile that it’s along  my st. germain- st. sulpice  ‘pastry route’ yay 😀

Oh and by the way, Happy Macaron Day!

Sadaharu Aoki has branches in Tokyo and Taipei too. Had an unforgettable sakura eclair a long way back when I was in Tokyo!