A not so new addition to the taka food basement is Donq Boulangerie Francaise. It’s small and cramped but the kitchen regularly churns out delicious smelling breads that are snapped up as quickly as they are brought out. As with the usual Japanese method of selling things, samples are aplenty drawing in curious people like myself. 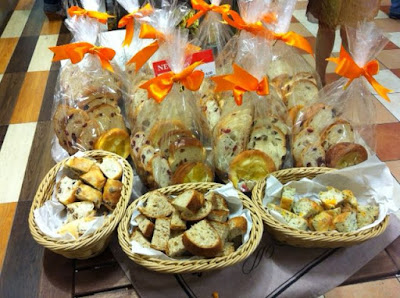 The products are mostly a fusion of french bread-making techniques using Japanese ingredients. Everything’s very well made. I sampled everything I could sample, bought quite a number and I must say I enjoyed every single one.

My favourite though is their Dainagon France or in my words, an azuki bean baguette. 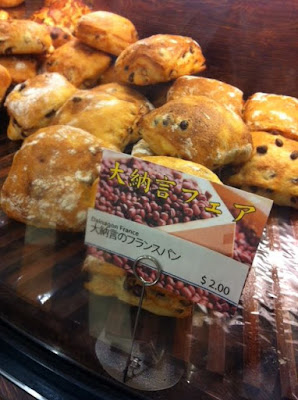 Just like any baguette, it has a chewy, crusty exterior and a fluffy stretchy interior with the added sweetness of whole adzuki beans that are folded in. Fresh, steaming buns were available when I was there (yay!) and that was about 12-ish. 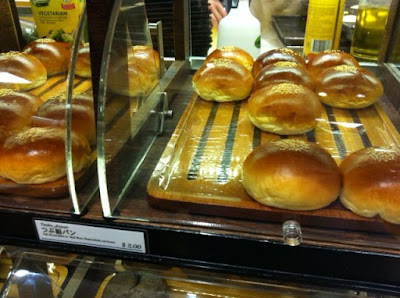 The usual an pans and koshi pans are available too. 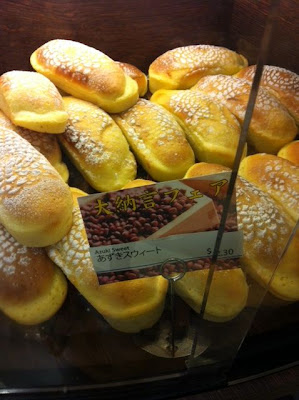 Another red bean variant is their azuki sweet. It has a buttery sweet topping not unlike the topping of a melon pan but I’m not a fan of the texture of their soft bread within which I found a bit dry. It didn’t help that they used the same dry, whole sweetened azuki bean for the filling. That said the flavours were still good and I gobbled up everything.

Also tried the spinach and cheese bun (they use cheddar cubes so it doesn’t melt but I like the sharpness of the cheddar) and their sweet potato and apple roll. Both are best sellers for good reason. I thought the use of apple and sweet potato was quite clever cuz sweet potato is starchy and tends to get heavy afterawhile. The crisp apple cubes lightened everything up by providing some acidity that cut through the richness.