I’ve been looking forward to a good zi char meal ever since I came back. I think I’ve had enough of cafe-hopping for the time being- you have no idea how many cafes I dragged the friends into during our winter vacation (Berlin especially hehe).

Dad brought the entire family to his latest ‘find’ in the upper thompson area called New Ubin Seafood. It’s tucked away from the hustle and bustle of upper thompson road in an old industrial estate. Judging from the boisterous crowd that night, I don’t think it’s much of a secret despite its secluded location! 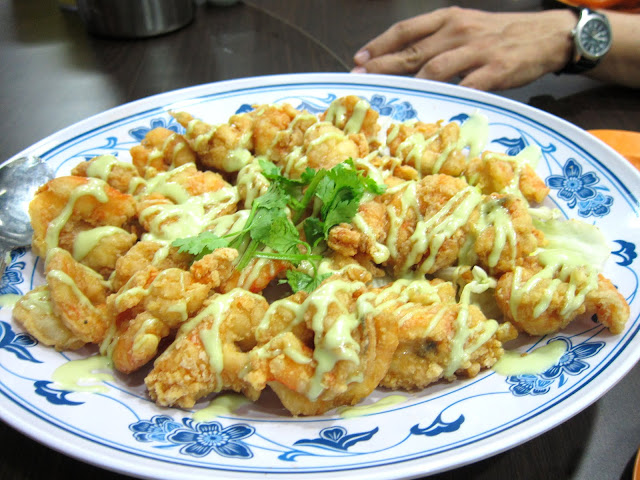 The wasabi prawns were enthusiastically received (I’m allergic to prawns.. tragic I know) by the extended family. 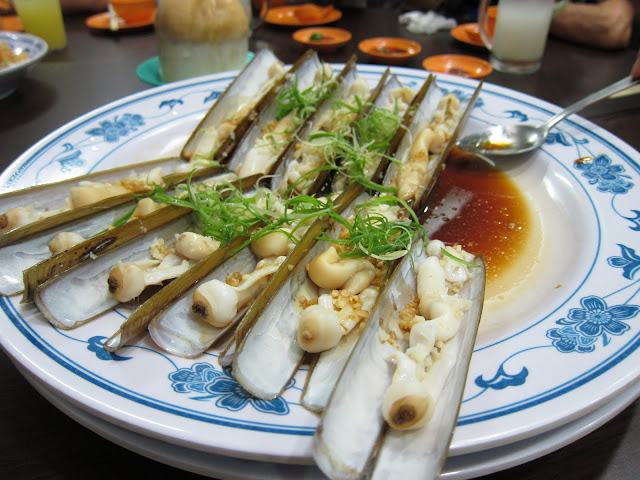 Bamboo clams done the classic way. Steamed with a soy sauce base and garnished with garlic and spring onions. I could have done with loads more garlic but the friends tell me that my obsession with minced garlic is more of an exception rather than the norm… 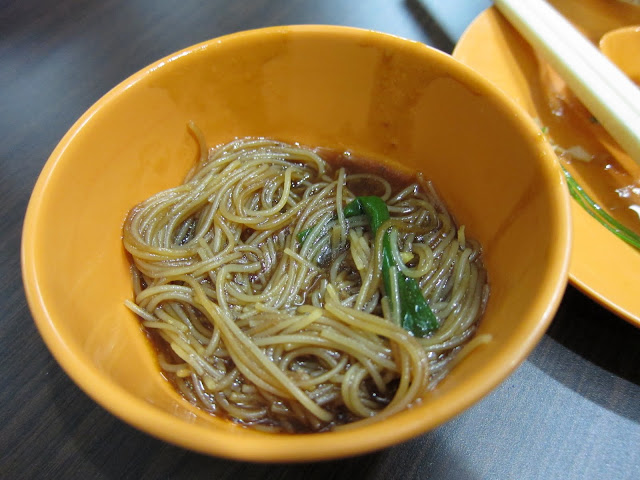 Can’t remember if this was called the seafood beehoon but this was very delicious. That broth was quite sensational with all the complex seafood flavours going on. This photo hardly does it any justice because I remember that the amount of seafood given was pretty generous too. 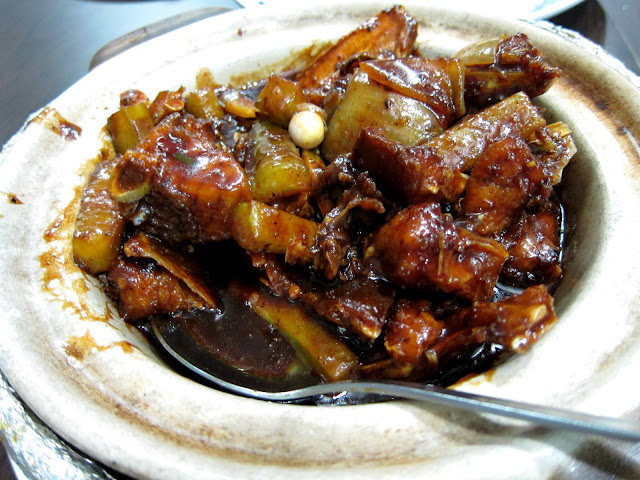 I wouldn’t recommend the Claypot Fishhead in black bean sauce with bitter gourd. For that price ($24) there was too little meat and any natural sweetness from the fresh fish was overpowered by the strong fermented flavour of the black bean. 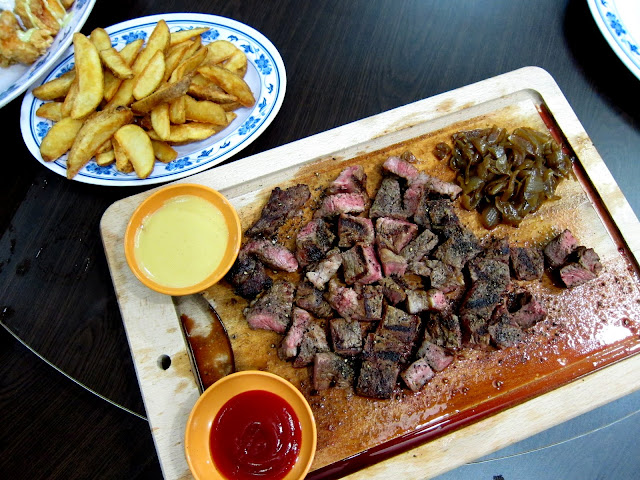 The star of the night would definitely be black angus ribeye steak from the BBQ section. Done medium well with a beautiful char that imparted a pleasing smokey flavour to the beef. I’m not a fan of steak because of the jaw workout but this was done just right. A few chews would release the delicious beefiness of those chunks of meat. A must-order. This also came with their beef fried rice (Rice fried with all the leftover fat. There was an abundance of crispy bits yay!). Super calorific but also super delicious. What a clever way to use up all the flavour from the meat. 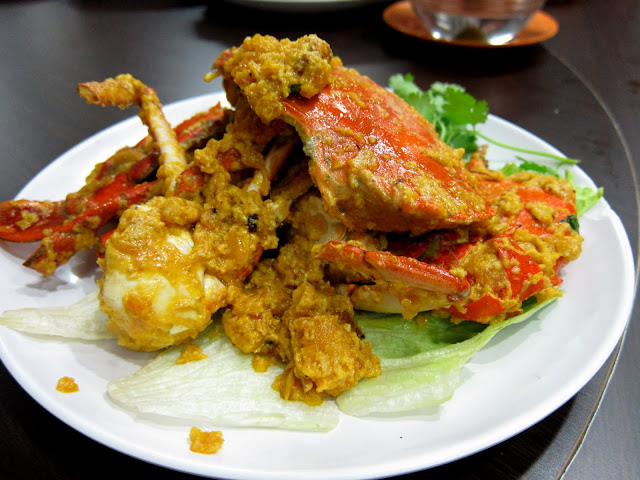 There’s a 2 for 1 offer going on now for crabs. We got 2 pepper crabs and 1 salted yolk. Finger lickin’ good! But at this point the msg started to set in.

The hokkien mee is another thing I would recommend. That broth has so much flavour to it.

New Ubin Seafood seems to do both western and our more familiar zi char dishes. Usually I would not think much of the western dishes in such places but the steak was an unexpected gem. Undoubtedly, the star of the night for me. We spent about 400+ on 11 people (plus drinks). Not too bad considering how much seafood we had.

Menu can be found here

(reservations are a must especially if you are coming as a big group. they  have a couple of huge round tables that are perfect for family gatherings)