It’s this time of the year again! Before I slink into my cave and become a hermit, here’s one more macaron post! Cacao Atelier is located conveniently off Grafton Street, in the City Centre. It’s a small space with no seating area, much like how Pierre Hermé is like. Upon entering, a counter of colorful macarons neatly lined up, and a wide array of chocolate bonbons meet the eye. It’s owned by French chocolatier Marc Amand and all the goodies are handcrafted in dublin.

I was ecstatic with my find, to say the least. 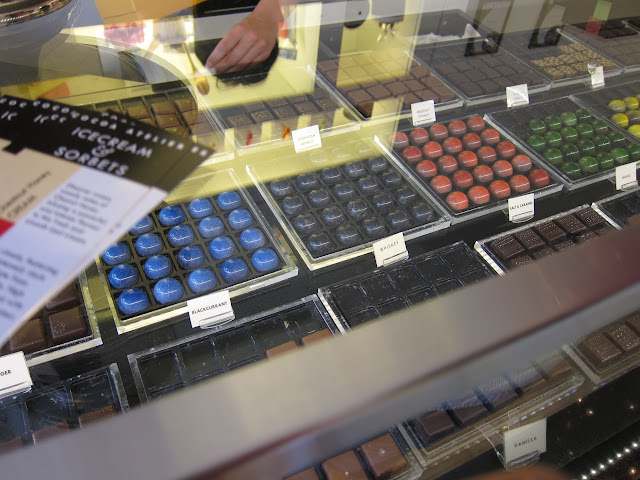 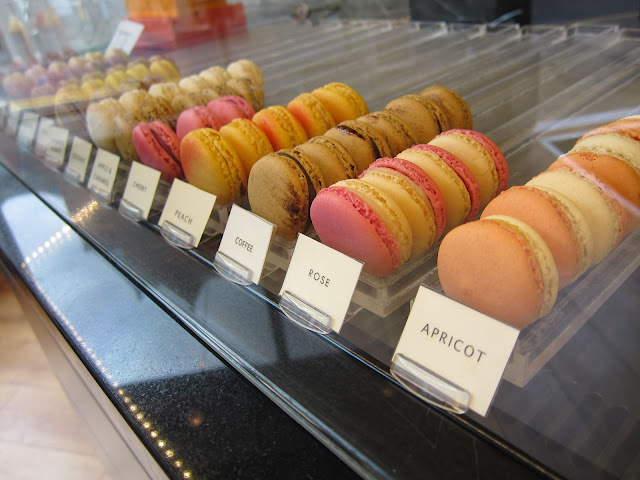 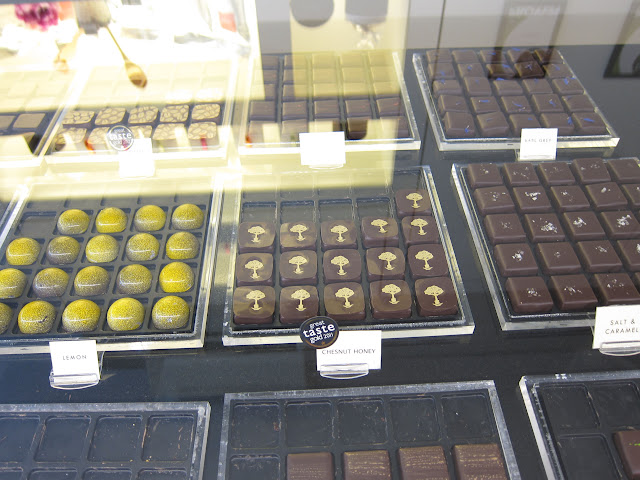 Their bonbons are well tempered. Crisp shells, bold flavours. Personal favorites would be mango for that intense fruity acidity that goes excellently with the bitter chocolate, salt and caramel for the sharp contrast you would expect from the combination of salty and sweet, Earl Grey simply because I think it’s quite a feat if I can taste earl grey in any dessert given how difficult it is to incorporate, Chestnut Honey for the musky flavour, and Irish pot Whisky (cuz the irish do it best. Distilled three times 😉 If you want something more value for money, butler’s has a 1.50 euro jameson whisky bar that I’m fond of. Machine made though so don’t go expecting snappy thin shells!).

Their macarons are very similar to Pierre Hermé (crisp thin shells and tender innards), just perhaps a little less excessive when it comes to the filling. Like Pierre Herme it runs the risk of coming across as soggy. Eat on the spot or refrigerate! Flavours that stood out were Peach, and Coconut. I favour their fruity flavours in general. The chocolate macaron is okay, but nothing special. Wait till I post about Pierre Herme. He certainly up-ed his game by using single origin chocolate for some of his chocolate macarons (his porcelana!!). Then again, no one has a monopoly over macaron flavours like he does 😉

Ladurée’s just a few blocks away in Brown Thomas but why go there when you can get something made in Dublin?