If you ask me what is the cafe to go to for cakes and macarons in Paris, a place which has something for every picky sweet tooth, I’ll say Café Pouchkine.

It’s a small narrow space, yet designed in a decadent way fit for those who can afford all those luxury brands surrounding it. It is located in Printemps (which means ‘spring’ in French) Haussmann which is conveniently positioned next to another popular departmental store that more Singaporeans will be familiar with, Lafayette (I say this because it has a Longchamp store which seems extremely popular with Singaporeans and Malaysians lol).

There are a couple of bar seats inside, about 7? Alfresco seats number to about… 12-14? And i’m talking about those tiny tables you see littered on the sidewalks of Paris. Finding space for even 3 persons was a tough one.

But that shouldn’t be a problem to you because anything from their counter would make the trip or any inconvenience worth it. 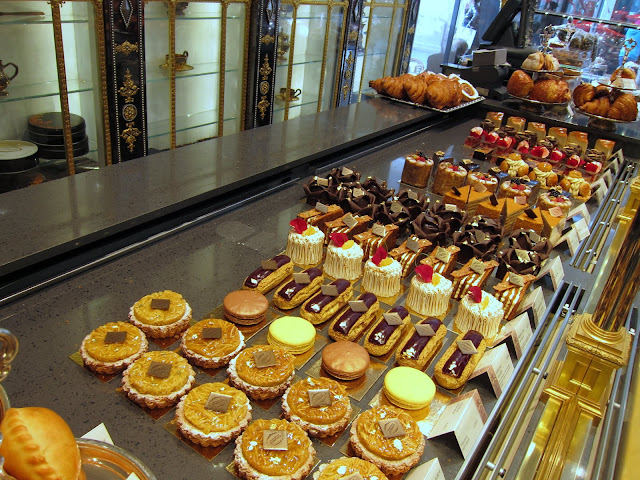 The pastry counter came as a surprise. French cakes are known to be petit and these were definitely slightly bigger than the norm though in no way huge and distasteful. All immaculately done, perfect and identical.

Their pastry chef is Emmanuel Ryon who hails from Moscow. So the desserts are supposed to be Russian-inspired. Trust me, because of this visit, Russia is already in my bucket list of “places I must go before I die”.

We chose to go with the more traditionally french desserts. Given the stomach-space I would have ordered the more unconventional ones but since I was in Paris, doing it the French way seemed the right thing to do 😉 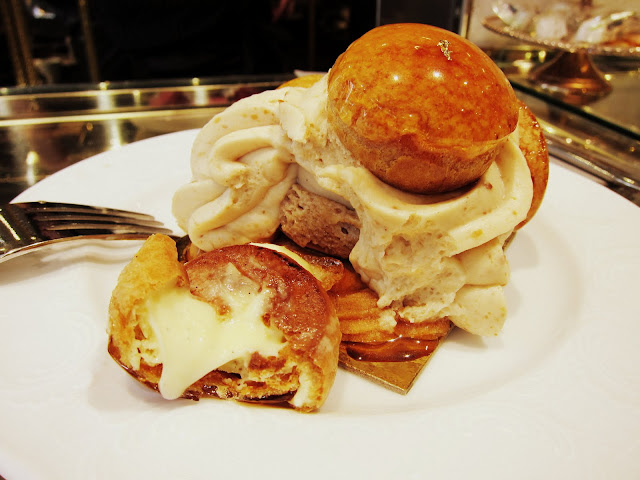 I chose the French classic, the St. Honoré cake. The cream puffs were dipped into caramelized sugar and filled with vanilla bean-studded custard (?). I’m guessing the hazelnut swirl that held everything together was crème chiboust, which quoting wikipedia is ” a crème pâtissière (pastry cream) lightened with stiffly beaten egg whites”. Right at the centre was a square of sweet caramel pudding. So many textures and complementing flavours made this such an enjoyable treat. 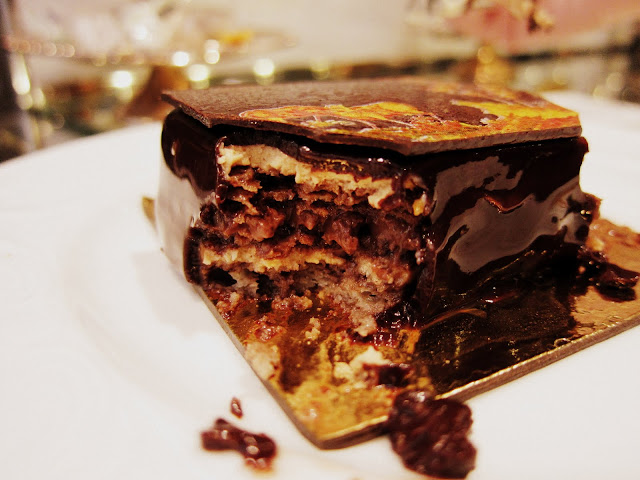 We also had their Opera. Lightly soaked jaconde which was in no way dry or soggy like all the previous ones I had. The coffee syrup enhanced the chocolate rather than the other way around so it didn’t remind me of a coffee- flavoured cake. The friend said he would prefer it more chocolatey but I was pretty happy with the level of rich-ness here.

What really enamored me most were their macarons (: 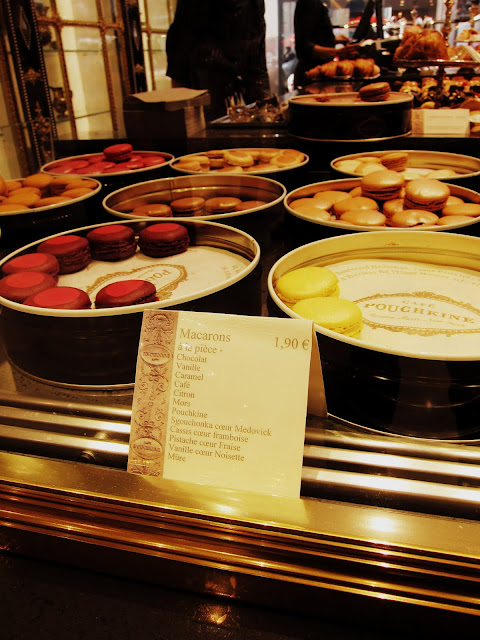 The concept is simple: each color represents a flavour so the dual colors you see are flavour combinations. 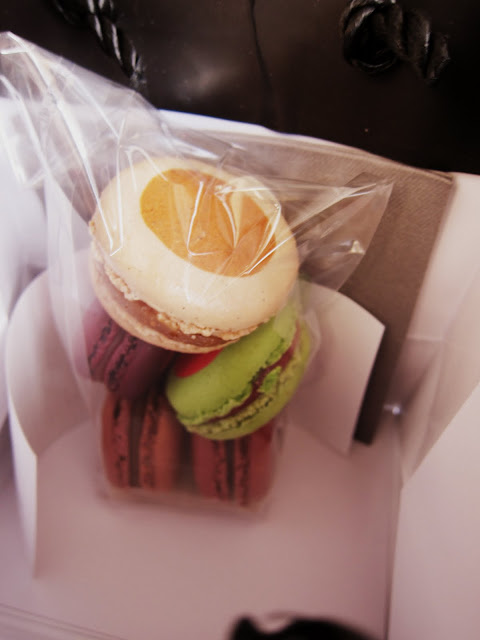 They all impressed. Consistency and quality-wise, flawless. They all had thin crispy macaron crusts, tender cake-like almondy interiors and were filled with just enough pastry cream at the middle. They were bigger and definitely had more “chew-factor” than those from Pierre Hermé which tends to have a more disproportionate amount of filling and more aged macarons in general (next post will be on Pierre Hermé I promise).

There was nothing subtle with the flavours. You get exactly what you asked for. Emmanual Ryon seems to be a little heavy-handed with the edible glitter/gold, not that I mind haha. A little bling makes everything, including macarons, more beautiful 😉 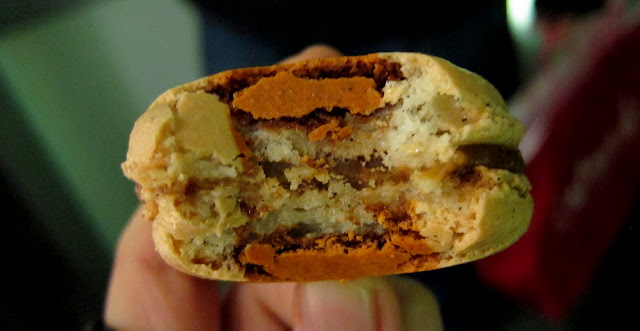 A close-up of the vanilla-hazelnut. Even the macaron shell is perfumed by the vanilla beans!

I would go as far to say that if you are looking for macarons, you should skip places like Ladurée and Un Dimanche à Paris (though if you are a hardcore chocolate fan, please visit the latter) for this. You can’t skip Pierre Hermé of course, he’s a stalwart in the industry and so far I’ve not seen a variety of mad flavours that can rival his 😉 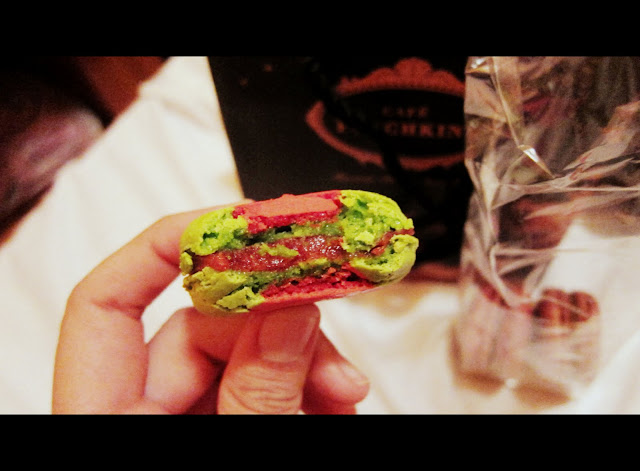