The last leg of my holiday was to Taiwan. It was a budget trip planned mostly by my friends (you know who you are ;)), incredibly fun I tell you with lots of good food to boot. I did my research before I went for the best 凰梨酥 (pineapple cakes/pineapple tarts) that Taipei had to offer. 家德 was recommended by many so we took the plunge and went to the original bakery on our second last day there. 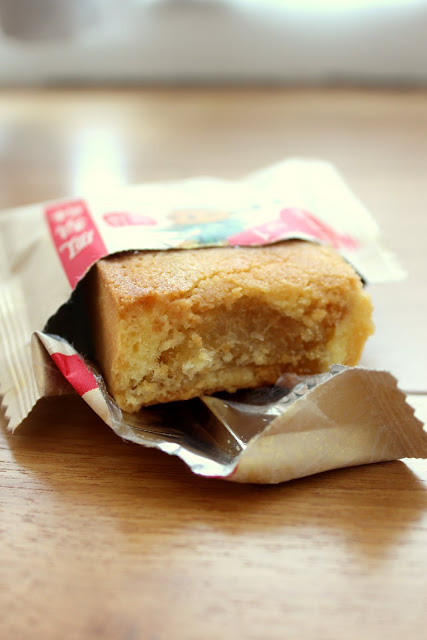 No regrets making the special trip down. An overwhelming majority tell me how much they love this unassuming confection- and I agree wholeheartedly. The perfectly golden- brown crust is a telling sign of how well the heat was controlled and distributed to bake this. The buttery and tasty crust crumbles upon every nibble and melts ever so slightly on the tongue. The pineapple filling is not as sweet as the pineapple filling we are used to for our cny pineapple tarts but this really appealed to almost everyone who tried. What we have has much more sugar in it, thus explaining the caramel hue we see in general. Anyway, for this very reason lovers of our cny pineapple tarts will probably not like 家德’s version.

I can’t say this is the best because people look for different things when they eat stuff. Some would like it more buttery (and by extension, more oily) and others would prefer a sweeter filling but I must say the 家德 was very well received by the family and friends. 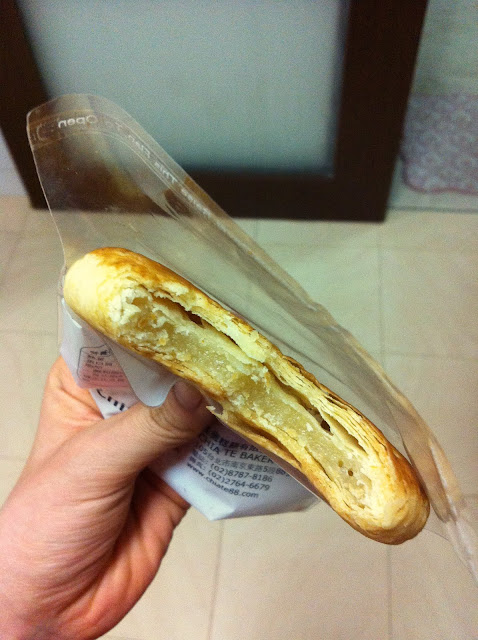 Surprisingly the one thing that was even more well received than 凰梨酥 was 老婆饼 (wife biscuit). I got freshly baked ones that day, which were a bit of a pain because I had to wait for them to cool before I could seal up the individual packs. Yup you heard right, individual packs. If you are like me, a loyal fan of Heng Xiang (or Hang Heung) in Hong Kong you will understand what I mean. No more 老婆饼 thrown roughly into a box that is tied by a raffia string- which will most probably not survive well during the airflight. 家德 not only packages everything up nicely, their 老婆饼 can easily rival, or might even be better than Heng Xiang. Dad and I both think the winter melon filling is not as sweet here allowing the natural sweetness and flavour of the winter melon to come through, and the proportion of flaky pastry: winter melon filling is much better. The pastry is surprisingly tasty so much so I was picking up the pieces after I finished everything else. 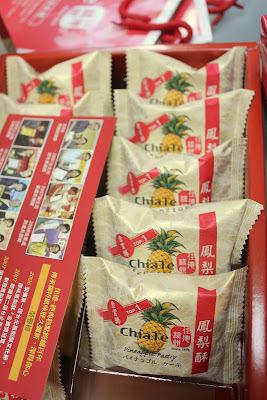 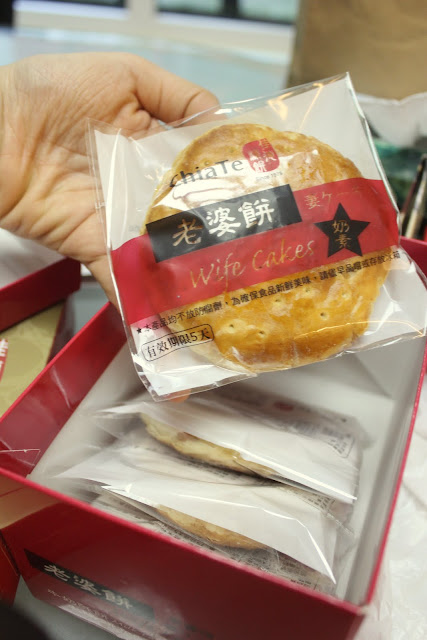 Besides these, they also sell 太阳饼 (sun biscuit) which the friends raved about. I was foolish enough not to buy any because I bought some at another place. Sigh. The friends also bought huge egg tarts while they were there. They looked really enticing, especially when the bakers started bringing out a fresh batch but alas, I was too full.

PS: I spent about $1100 for my entire trip. Most of it came from the air ticket which was almost $500 (I bought 20kg of luggage space for both ways hehe). If you need any suggestions as to where to stay or what to do, feel free to email me!