School’s been a frenzy because exams are looming (in 5 weeks *gasp*) but the friends and I nonetheless decided to make two reservations for restaurant week so that we can have a breather of sorts. Yesterday afternoon felt very surreal, and I’m very happy we could throw aside our worries and concerns at least for those few hours.

Firstly before I begin, if you’ve made reservations for restaurant week at Forlino, don’t let me ruin the surprise for you. Please stop scrolling now!

Something to note before you make reservations for restaurant week.

Some Restaurants like Forlino, have 1 dining star. Basically if there is 1 dining star, the fixed $25++ and $35++ lunch and dinner price does not apply. Instead “The additional charge of S$15++ for lunch and S$20++ for dinner is applicable”. Basically this means you can end up paying $40++ ($46.80) for a lunchtime meal, and that was what happened at Forlino.

Perhaps it would be better if the management reflects specifically on their website who will be exercising this right- so that people enter the restaurant with the right expectations. I’m sure most of you will agree that set lunches on a week day (without restaurant week) at many restaurants don’t even charge a $40++ ($25++ + $15++, literally). On a note of fairness, Forlino is the upper crust of fine dining restuarants, and a $40++ weekday lunch meal is therefore quite a steal. Looking at their ala carte menu you’ll realise that a main course alone (like the black cod) offered on the restaurant week menu costs $45++, already exceeding the price you pay for restaurant week.

Now, let’s put all my 2 cents worth aside, and move on to the food. 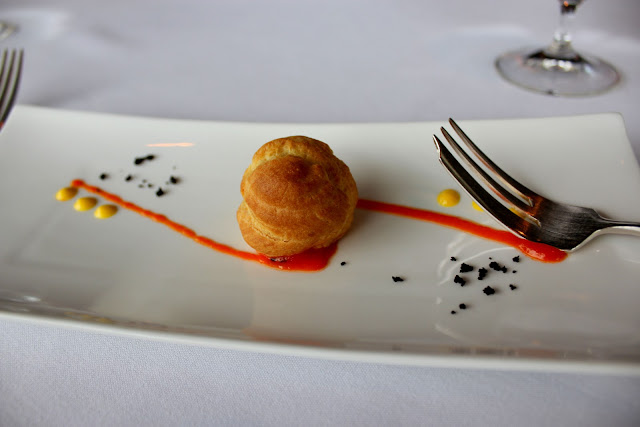 Amuse bouche started off with a tuna-filled choux. I like the how unadulterated the flavour of the tuna was. Lunch was off to a good start. 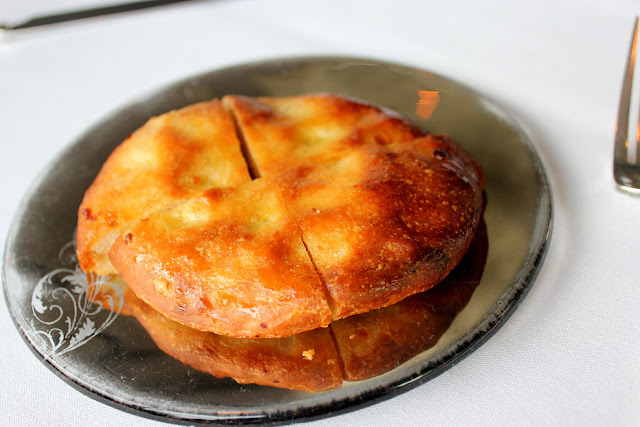 Forlino’s focaccia was delicious as well, served warm on it’s own little metal plate. It was a little dense, and chewy, though not to the extent that your jaws will be given too much of a workout. The flavours of the bread were quite fantastic- in fact I can’t really pin them down myself. The friend suggested some sort of flavoured oil (onion oil perhaps?) that might have been drizzled on top which enhanced the flavour of the bread. 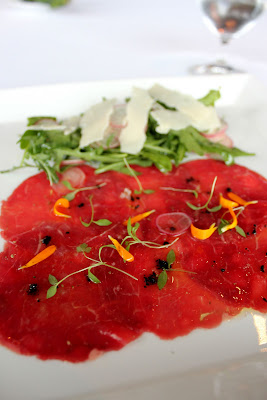 While the friends had the default pan-seared foie gras, the helpful waitress gave me an option of their beef carpaccio after seeing that I was somewhat reluctant to have the former as appetizer. The translucent disks of raw beef were melt-in-the-mouth, a mouthfeel not unlike tuna belly or salmon belly sashimi. This was aided a lot by the olive oil that was liberally drizzled over. 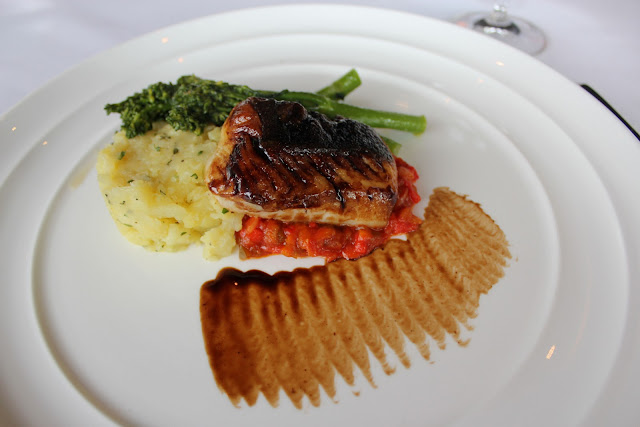 My black cod with aged balsamic vinegar was quite sensational. In fact I’ll go as far to say that this is the best fish as main course I’ve had by far. Cod, which doesn’t have a very strong flavour in the first place, was coated with the aged balsamic vinegar in this case, imparting a depth of flavour to the fish. It was seared beautifully on the outsides, contrasting well with the soft flaky flesh which had neither a fishy taste, nor an oily aftertaste. The skin was crisp, and again made even more delicious by the balsamic vinegar.

Special mention goes to the sides as well, which added not only visual appeal to the plate but also the necessary balance of carbs, and fibre, to protein. The broccoli in particular was al dente, and seasoned well with sea salt.

The waygu beef cheek served with a red wine and 100% chocolate sauce was fantastic too. All of us were amazed by how tender it was- we could use a fork to slice the meat! 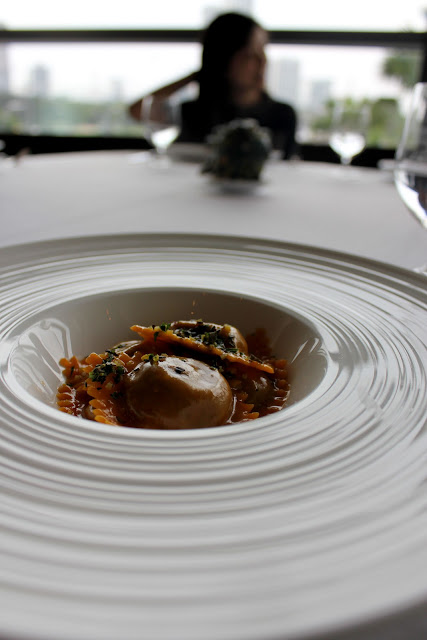 Less inspiring was the veal ravioli (photo courtesy of canknee. Artistic don’t you agree? ;)), which came across as dry in general. The pasta in particular, was quite unpalatable, either undercooked or left out in the open for too long. 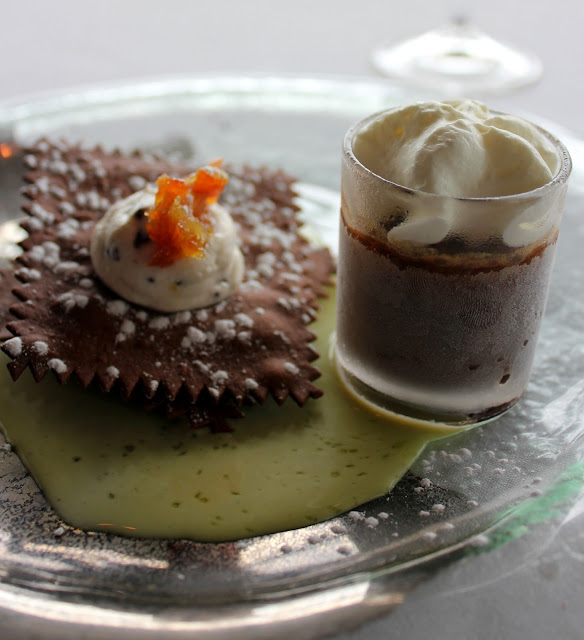 But I was extremely impressed by dessert (again photo courtesy of canknee). Usually in italian restaurants, they choose to serve tiramisu,  soffiato (what we know better as chocolate lava cake) or ice cream but Forlino went the extra mile to serve what I would call Italy on a plate. Thin chocolate biscuit squares sandwiching blobs of cream mixed with ricotta and milk chocolate bits. Below it all was a pistachio sauce that I couldn’t get enough of-wiped the plate clean, literally. By the side, a shot of espresso granita made complete with squirts of freshly whipped cream.

Food as a whole was good, aside from the lacklustre pasta. Service was unintrusive, and knowledgeable.