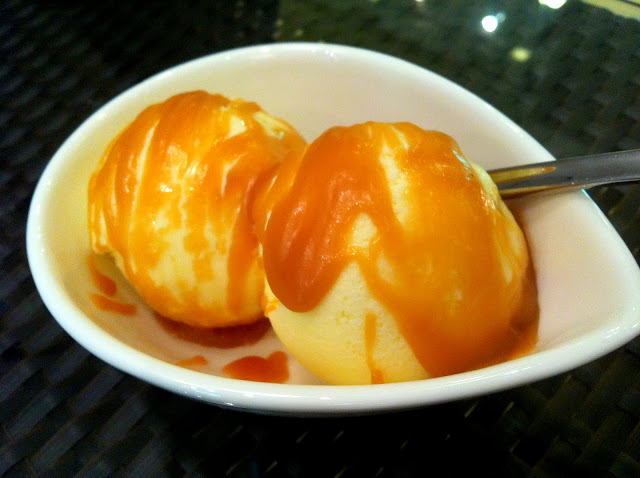 Apologies about the lack of “real food” updates. Haven’t been eating out so often these few weeks. Sugary treats however, are the exception. There’s never a reason to refuse the opportunity of good cake, tarts, or ice cream.

Cluny Court has quite a number of gems for all you dessert aficionados out there. There’s gastronomia da paolo, which sells a wide-variety of cakes in take-out boxes. They’re all decently done, and reasonably priced too at $8. I enjoyed the hazelnut passionfruit. Thin layers of hazelnut sponge complete with unevenly chopped bits of hazelnut, passionfruit flavoured buttercream and a single layer of passionfruit gelee at the bottom. The passionfruit flavour is strong- very tart yet sweet at the same time.

There’s also 3-inch sin which I’ve yet to try. I heard their sliced cakes are really good. A friend recommended me their blackforest cake.

Lastly, there’s svelte, helmed by the pastry chef of what was known as taste matters in the past. They now have a decent seating area for people to chill and have their dessert. I tried their salty caramel icecream ($6.50) which was quite brilliant in my opinion. Instead of combining both the chef opted to separate them. I liked the nuanced salty flavour in the ice cream which had an appealing mineral taste to it. If I were to nitpick, the texture of the icecream was a little rough on the tongue.

The caramel sauce was not tooth-achingly sweet, or bitter. The warm, toasty, sugary notes were very comforting on that dreary day. More importantly, I appreciated that it didn’t stick to the teeth.

Both are such diametrically different flavours, yet so complimentary and palatable at the same time. A delicious balance indeed.

They have a dinner menu going for $20, where dessert is the main course. I’ll be back for sure!