Since its inception, the operations at Ramen Champion have noticeably become smoother. In addition to the prompt service, we were also given cards to cast our vote for our favourite Ramen Stall. 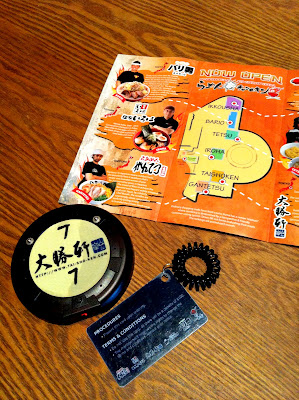 This time I went with mum, who’s always on a look-out for stuff like this which she deems innovative for the F&B industry. I suppose her line of work leaves her exceptionally interested in this area. Basically, when your round tag beeps and vibrates violently, your food is ready for collection. 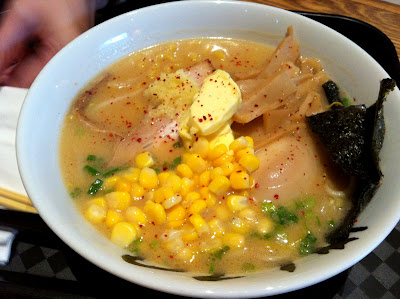 I generally find the broth of authentic japanese ramen to be too salty, save for Hakata Ramen. Gantetsu hails from Sapporo, as evidenced by the signature knob of butter, corn kernels, and yellow curly noodles. Broth was salty, and the egg didn’t have a molten core. Mum wasn’t impressed, though she commented it was quite value-for-money considering the portion. But I would like to add that everything’s affordable in Ramen Champion, with the prices ranging from $11-$15. 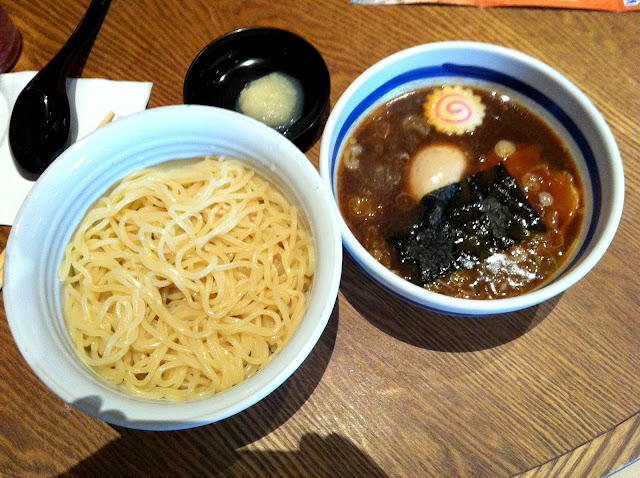 On the other hand we were both impressed with Taishoken. Granted, the broth was again too salty but it was just right when eaten with the noodles. The noodles are light, and spingy, served cool. For the ultimate experience, dunk some noodles into the hot broth, smear some of the spicey ginger paste they provide as a condiment (note this is self-serve) on top, and pile on the hanjuku/fatty charshu/spring onions. 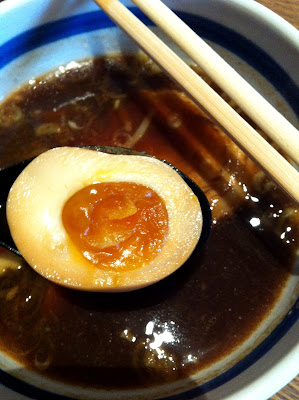 The hanjuku egg was miles better than Gantetsu’s. In fact, I would hazard to say this is one of the best hanjukus I’ve ever had. It was literally a molten core, thick and viscous- not runny but not cooked till powdery either. Mum was so jealous of me.

Comparing this with Iroha, I prefer Iroha for the flavourful soup base that isn’t so salty. However I prefer the noodles and hanjuku from Taishoken. That said, I like both renditions, and in my humble opinion, they taste better than Bario and Gantetsu.