The friend snagged some groupons for bakerzin, $10 for $20 which literally amounts to a 50% off. We ordered our hearts away, 1 main, and 3 desserts for two 😀 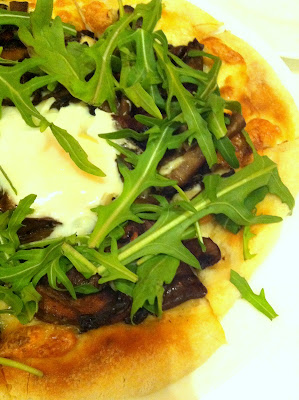 The mushroom pizza by bakerzin is really my type of pizza. The base is packed (every inch of it) with a layer of small sliced portobellos. The mushroom slices aren’t too thin, so you still get a good bite out of them. Each slice is packed with earthy flavours, and accented with truffle oil. The pizza base itself is not as thin as italian pizzas, but definitely not as thick as pizza hut’s pan pizzas. I like.

The lady sitting beside us finished the whole thing on her own, but I really don’t think I will ever want to attempt that because the flavours would become inevitably, boring. Sharing between two, or three would be just about right. 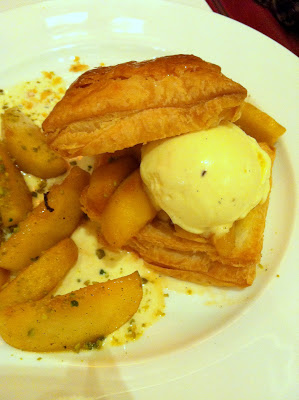 Cold vanilla ice-cream, crispy puff pastry, slices of apple sauteed in some sort of alcohol, cream anglaise and chopped pistachios. Really, the pairings (think temperatures, textures and flavours) in this mille feuille can’t get better than that. 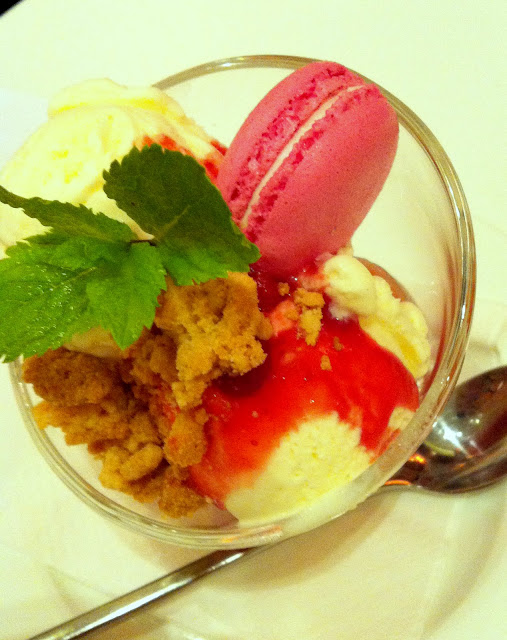 But my favourite was the cheesecake verrine, and this is coming from a person who has no particular inclination towards cheese in her desserts. The deconstructed cheesecake is made of scoops of rich cheesecake icecream, crumble, strawberry coulis, topped with a rose macaron. I bit into the rose macaron hesitantly (following my less than happy experience with bakerzin macs), but was ultimately surprised by the texture. Outer shell was reasonably thin, and crisp, with moist and slightly chewy innards- definitely a case of proper aging. Flavour-wise the rose buttercream was not too overwhelming, a very pleasant one indeed.

Anyway back to the cheesecake verrine, I liked how refreshing it was. The best bit to me, was the crumble. There is a substantial amount below, which soaks up all the cheesecake ice-cream (melted or not). That bit to me, is the piece de resistance. 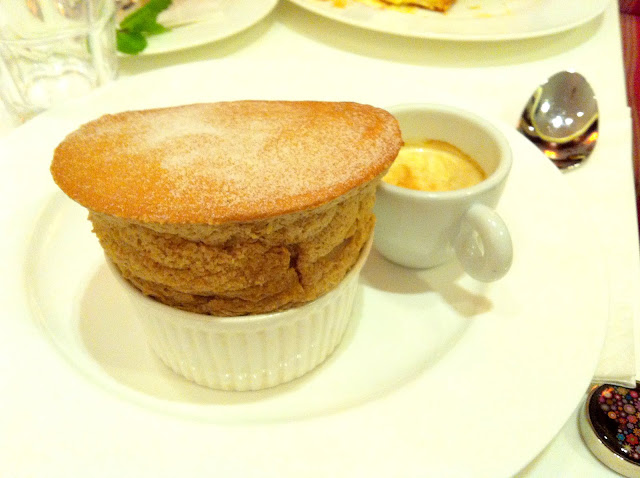 We were also very pleased with the Bailey’s souffle. The espresso at the side had no hint of alcohol, but the souffle sure did. If you like the foaminess of souffles, this is worth a try. I realise I’m not so much a fan of souffles (with an exception to chocolate ones) because of the foaminess. I would much prefer something richer, and if you like, more sinful for dessert 😀

Bakerzin exceeded expectations, but prices were quite over-the-top as well. Our bill came up to $56+, exceeding our groupon amount by $16+. But overall I would say, money well spent.

3 thoughts on “Dining in Bakerzin @ Paragon”