The Da Paolo Group has a Bistro Bar in Rochester Park. We went on a Monday afternoon. It was by chance that we tried out this place (most of the other places were closed) but I’m so glad we did . The food had a certain finesse to it, and service was top-notch- friendly but not overbearingly so. 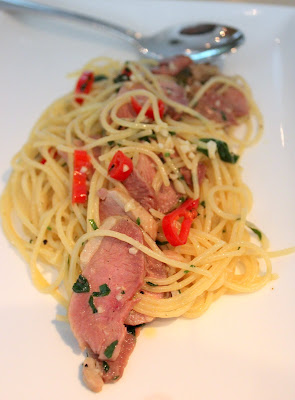 We took the two-course set lunch. Mum’s favourite aglio olio came with a duck carparccio, thinly sliced and cooked to a perfect pink. Each spaghetti strand was well oiled, but the entire thing wasn’t too greasy- it was done just right. 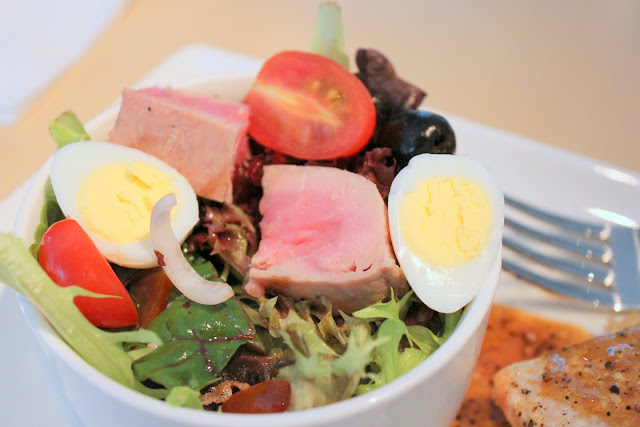 I took the tuna salad as my first course, and the fish of the day for my second.

Tuna was seared, and added on top a bed of salad leaves tossed in olive oil and balsamic vinegar. I ordered this only for the tuna which was not bad, but I prefer it to be seared a little less. Mum took all the salad leaves (as usual) which went really well with her spaghetti. 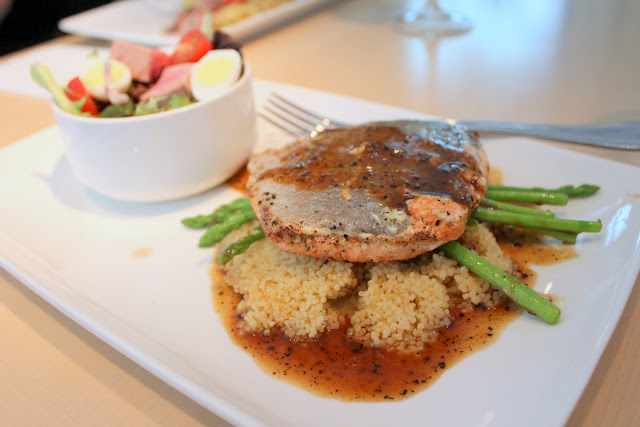 The grilled salmon was sensational. A cross-section would reveal its orangey-pink flesh, and what made it even more special was the couscous smothered with black pepper sauce. Couscous is a little grainy, and may need some getting used to but I must say it soaks up sauces really well. That made every bite very flavourful and more-ish. 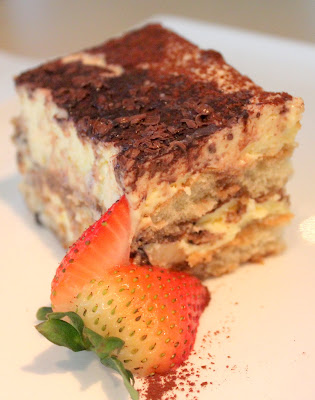 Tiramisu came highly recommended by our waiter. I agree that it’s the best I’ve had outside (note it doesn’t have any booze) but I still think homemade ones with egg yolks instead of cream taste better because of  the richness lent by the yolks.