So the debate is: What makes a good macaron?

It’s a very difficult question because I doubt anyone can claim authority to answer it. For myself it was the multi-textural experience and the smooth luscious filling in the middle that first made me fall in love with macarons (specifically chocolate!). I had it during a history field trip in France a looong time ago- at some nondescript petrol kiosk.

I’ve been overindulging a little recently, thanks to my very kind friends who know I have a bit of an obsession with macarons. 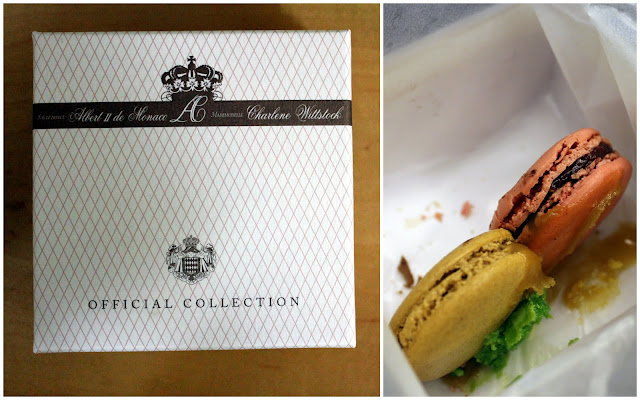 Ladurée’s macs are sweeter and notably thinner as compared to PH. Obviously it didn’t survive the flight home that well! Fillings had very strong flavours. For example the pink one, which I suppose is Framboise (raspberry), was so tart that it made me wonder how many raspberries went into that tablespoon of filling. I adore my old purple and black motif Ladurée box but this white box with gold trimmings looks equally elegant! Ladurée has my vote for best macaron boxes 🙂 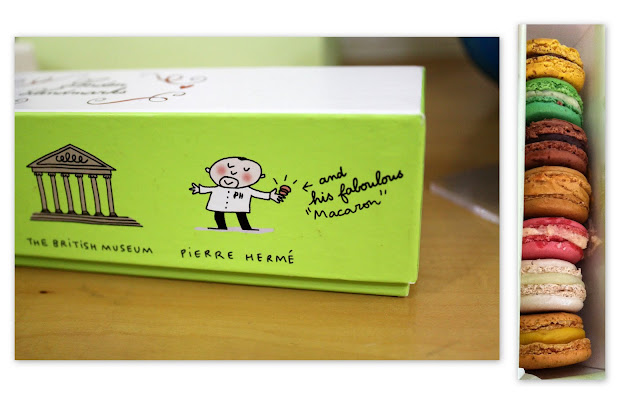 Pierre Hermé‘s macs need no introduction of course. I did a lengthy exposition on all the different flavours I had previously. Out of these the only flavour I never tried before was the fresh mint and sweet pea (it’s the green, two-toned mac pictured above). The peas in the filling really caught me by surprise. An ode to the pea mash we often see as a side for fish and chips I suppose? The friend also got me a very cute PH box featuring london landmarks like the tower bridge and a caricature of the man himself! 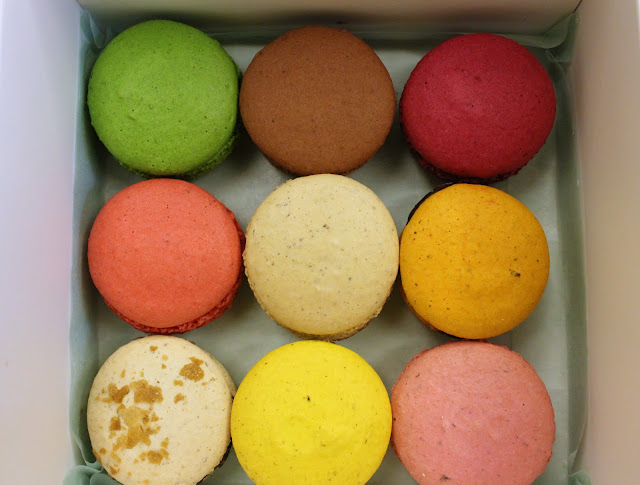 One year on, and ET Artisan Sweets seems to have improved from my previous tasting. The graininess is less apparent to me now, and these macs must have been sitting for a day or two because they were less chewy and more tender (but not soggy), just the way I like macarons to be. However, I’m still no a fan of their buttercream because of that whipped cream flavour. Like before, I still prefer their chocolate flavours- Valrhona can never go wrong 😀

Today I visited the shop itself because my friend is working part-time there. 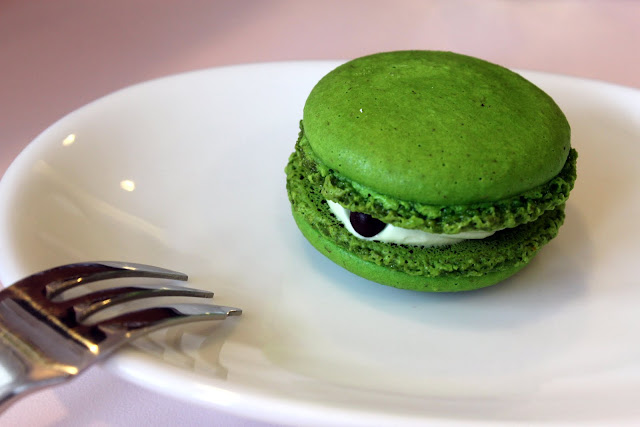 I tried all the flavours before except for the Vanilla with chocolate pearls and this Mint with chocolate pearls. The Vanilla notes were really strong, and coupled with those crunchy chocolate pearls, it made the less outstanding buttercream (to me at least, I know people who like the buttercream) forgivable. I’ve got to say this is one of the better and more memorable Vanilla macs I’ve had by far. The Mint was also very excellent because it wasn’t too overpowering – just a light minty touch.

There is a small sitting area and some parking outside (parallel lots, oh the horrors!). So do make a trip down when you can.